Birth Control Is More Effective Than It’s Ever Been 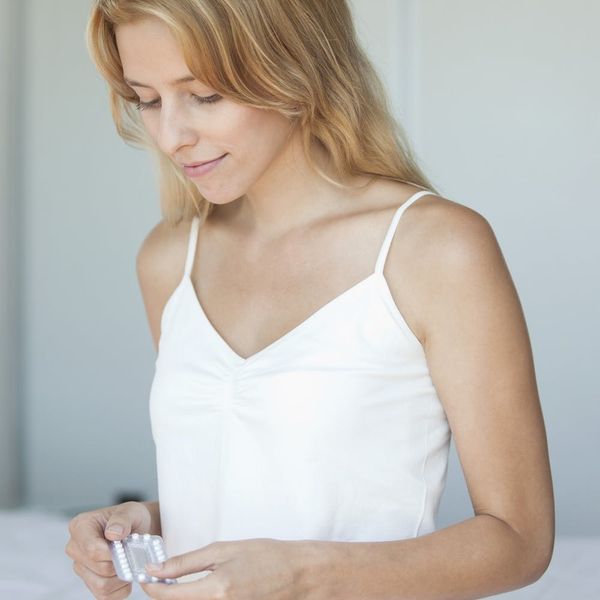 As if it wasn’t *hard enough* to figure out which kind of contraception is right for you, there’s been a whole lot of drama about birth control lately. From research showing that hormonal birth control could be making your life worse to the fact that the Senate recently voted to stop covering birth control, there’s a lot going on in the world of contraception. And while there are lots of reasons women use birth control that have nothing to do with pregnancy, its primary function is to keep you from getting pregnant if you don’t want to be. But amid all the conflict about BC, there is actually some good news. According to The Guttmacher Institute’s most recent numbers, birth control is more effective than ever.

The organization last measured birth control efficacy back in 2002, and because *a lot* has changed since then, they felt the need to reevaluate which kinds of birth control are failing (AKA allowing pregnancy) and how often. While the pull-out method is still the worst form of birth control for preventing pregnancy, there are some other findings that are much more surprising. What they found is that while long-acting methods like the IUD and implants held steady at a less than one percent rate of failure, more common forms of birth control like the condom and hormonal options (like the pill) also saw significant drops in failure.

This data also puts a larger trend in context. Overall, birth control failure rates went down from 14.9 percent in 1995 to 12.4 percent in 2002, and then further declined to 10.3 percent by the end of 2010. It might not sound like much, but statistically, these are *really* major improvements. So yeah, chances are that your birth control is working better now than it would have been 20 years ago, regardless of which method you use.

As of now, researchers aren’t sure what exactly is behind the drop in failure rates, and as a result, they’re calling for more research to be done to fully explore what’s behind the change. Even though evidence shows that making birth control easier to obtain can reduce unwanted pregnancy rates, as seen in Colorado’s effort to prevent teenage pregnancy through long-acting birth control methods like IUDs and implants, the researchers were not able to make an overarching tie between programs like this and the lower failure rates overall. It does make sense that the easier it is to access and learn about birth control, the more effective it will be, especially since figuring out how to use contraceptive methods like condoms, the pill, and even products like Nuvaring does take some instruction.

In any case, this is definitely promising news, and even more proof of the fact that safe, affordable, and easy-to-access birth control is worth fighting for.

Are you surprised by the least and most effective forms of birth control? Tell us what you think @BritandCo!