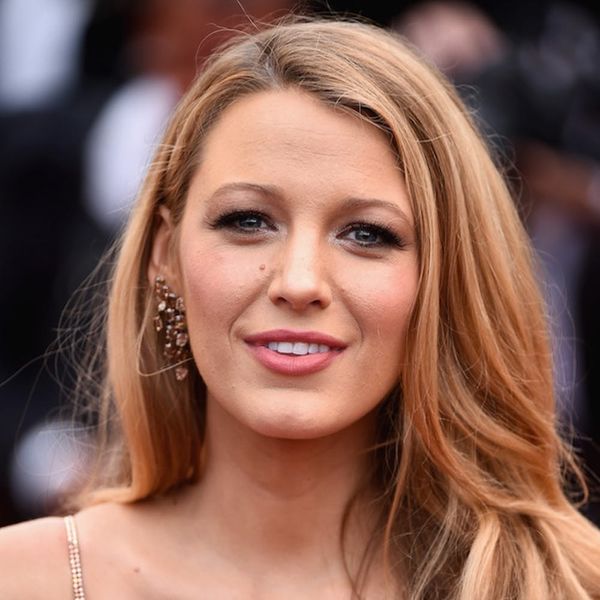 Happy Thursday ya’ll! With just one more day to get through ’til Friday, we’re here to deliver the perfect remedy from listlessly counting down those hours. From a Blake bump peek to a Fuller House surprise, here are six of the buzziest news items this AM!

1. Blake Lively may have just revealed her baby bump at Cannes. Rumours started swirling almost exactly one month ago about whether or not Ms. Blake Lively was pregnant with her second child, but there’s STILL been no hard confirmation about the big news. We may have just gotten the next best thing, however — an actual baby bump sighting! Though she camouflaged her belly in her flowing first-day Cannes wear, Blake’s STUNNING Atelier Versace dress choice for the premiere of her new movie, Café Society, left little to the imagination: Look close enough and you just might see a bump-size shape near her midsection! While it could also be the result of an absurdly copious water intake or perhaps a giant plate of spaghetti, we’re inclined to believe otherwise. (Photo via Ian Gavan/Getty)

Back on the couch... #fullerhouse

2. It’s official — Steve will return for season two of Fuller House! The fate of Scott Weinger’s character Steve was rather ambiguous by the end of the reboot’s first season, so we weren’t entirely sure whether or not we’d be seeing D.J.’s former/maybe-future love interest return for season two. But Scott revealed a major clue about his character’s role when he posted this snap of himself lounging on the ol’ blue and white Tanner family furniture. “Back to the couch…” Scott captioned the shot. If that wasn’t clear enough, Scott can also be seen holding a script in his hands. Gah! John Stamos, what was that about the show returning to Netflix “quicker than expected?”

3. Rob Kardashian and Blac Chyna may have offered a clue about the gender of their baby in CHYmoji. Blac Chyna’s new emoji app reportedly made *$2 million dollars* in its first day (*faints*), and, as users began to dive into it, they noticed several Easter eggs that sparked some major speculation! The pair, seen in coordinating blue outfits with a blue baby bottle, seem to be hinting that they just may be having a baby boy. But dig a little further, and you may spot a stork carrying a baby in a pink sling. Hmmmm. These two definitely know how to keeping us guessing! (h/t via Wet Paint)

Thought I found a great mag for tween girls. Nope. I'm a pediatrician, this is awful! For 8 years+?? @DGmagazine pic.twitter.com/hxHt5HO2il

4. This magazine for teen girls is getting a ton of backlash over a controversial bathing suit feature.Girls Discovery is getting major heat for publishing a feature with advice for young girls on finding the right swimsuit for their body — parents are not happy. The magazine, marketed to 8 years +(!) reads, “If you’re curvy on top, coverage is key!” and, “A bra-like top offers extra support. Side ties and cut-outs draw the eyes down.” The publisher addressed the controversy on Facebook, saying, “As much we like to think that something like this would never happen to us, it did. We’re not immune to making mistakes, but we are always willing to get better and learn from our mistakes.” (h/t CBC, photo via @15minbeauty)

Little Girl Tries To Hoola Hoop In The Cutest Way

5. Let this little girl’s hula hoop fail remind you never to give up. (via Kyoot Kids)

6. Quote of the day: “I was speechless and I couldn’t stop smiling. I just couldn’t believe it,” said Jose of Columbus, Wisconsin after being reunited with his lost dog after two years. This one’s a tearjerker!

What are your thoughts on this morning’s news? Let us know on Twitter @BritandCo!