ALERT: Brie Larson Is No Longer a Blonde 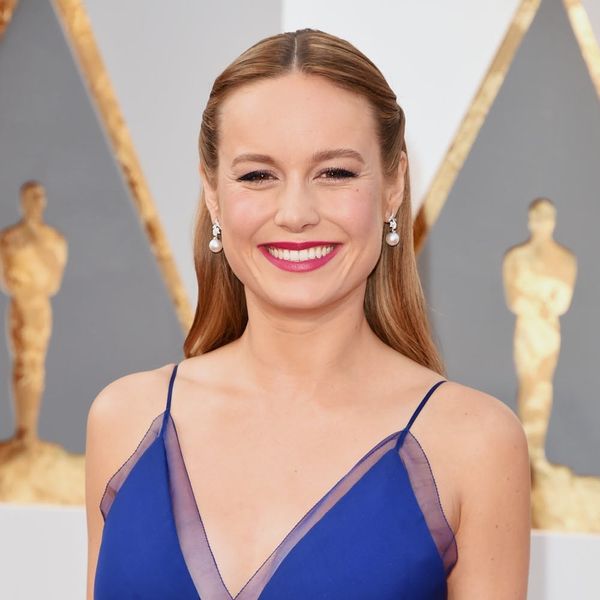 Brie Larson continues to have quite the year. After proving that she just might be the chillest Oscar-winner ever and becoming engaged to her long-time love, now, while other stars are going platinum and icy blonde, 26-year-old Brie has said buh-bye to the blonde and hellooooo, red!

Making the switch for her role as journalist Jeannette Walls in The Glass Castle (the story of a young girl who comes of age in a “dysfunctional family of nonconformist nomads”), Brie was spotted walking out of a hair salon in LA with striking red locks.

It’s a stark contrast from her slicked back dirty blonde ‘do from the Met Gala not two weeks ago. The only question now is, will she stay red, head back to blonde, or try out something totally new when she’s done filming? Whatever the choice, Brie, you’re slaying it!

What do you think of Brie with red hair? Tweet us @BritandCo!

Desiree O
Desirée O is a ‘Professional Bohemian’ who loves anything and everything related to the arts, entertainment, and pop culture. She ADORES being a ‘Newsy’ for Brit + Co, covering all of the latest tidbits of awesomeness that you want to read about. When she’s not writing, she’s either making messy art, going on long adventurous walks with her camera, or poking around over at bohemianizm (http://www.bohemianizm.com/). You can find out about Desirée O and her work at http://DesireeO.com/ or follow her on Twitter @DesireeO.
Celebrity Hair
Celebrity News
Celebrity Hair Hair Color