Brie Larson Is Engaged + Take a Peek at Her Ring! 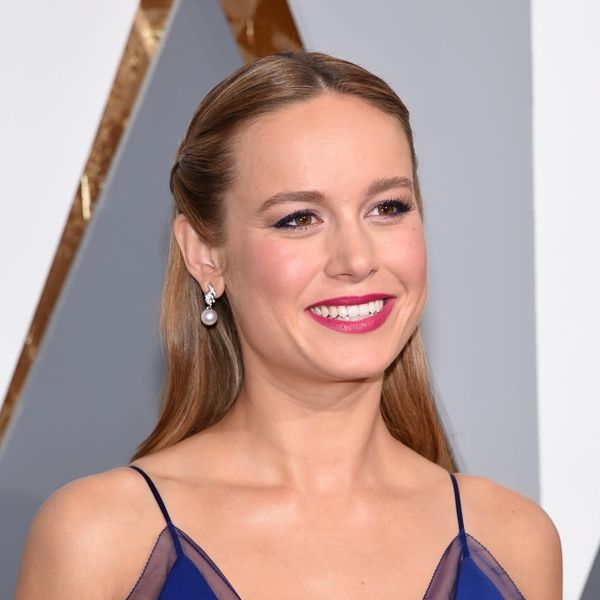 It’s been one heck of an amazing year for Brie Larson, with her star rising fast and fabulously in Hollywood and her career on the fast-track to the top of the A-list. Now she has one more reason to consider this one of the best years of her life. She’s engaged!

The 26-year-old actress and her now-fiancé, 36-year-old musician and the former frontman for Phantom Planet Alex Greenwald, were enjoying a trip to Tokyo when he popped the question and Brie happily accepted. The adorable couple have been dating for several years — she first shouted him out back in December 2013 at the IFP Gotham Awards.

Saturday Night Live fans may have even spotted Brie’s engagement ring while she hosted the show this past weekend and when she attended the afterparty with her dreamy boo.

So happy that this deeply intelligent, ridiculously talented and totally inspiring creature @ellaanderson4u is joining us as young Jeannette in The Glass Castle. We had the best time at color me mine. #tbt

If you didn’t catch a peek of it on SNL, then you can spy it (somewhat) in one her Instagram pics, but she’s being quite stealthy in others. From the looks of it, it’s a fairly modest solitaire — understated and classy, just like Brie herself!

The couple were very public with their adoration for each other during this year’s awards season, where Brie picked up the Academy Award, Screen Actors Guild Award, BAFTA Award AND Golden Globe Award for Best Actress for her starring performance in Room (yaaaas, girl!). She even gave Alex a sweet nod during her Oscar acceptance speech, saying to her “real partner, Alex Greenwald. I love you, the whole thing!”

Congratulations, Brie and Alex! We can’t wait to see the beautiful wedding pics!

What do you think about Brie’s engagement? Tweet us @BritandCo!

Desiree O
Desirée O is a ‘Professional Bohemian’ who loves anything and everything related to the arts, entertainment, and pop culture. She ADORES being a ‘Newsy’ for Brit + Co, covering all of the latest tidbits of awesomeness that you want to read about. When she’s not writing, she’s either making messy art, going on long adventurous walks with her camera, or poking around over at bohemianizm (http://www.bohemianizm.com/). You can find out about Desirée O and her work at http://DesireeO.com/ or follow her on Twitter @DesireeO.
Engagement
Celebrity News
Engagement
More From Celebrity News