This Hilarious Dating Site Wants to Hook You Up With Canadians 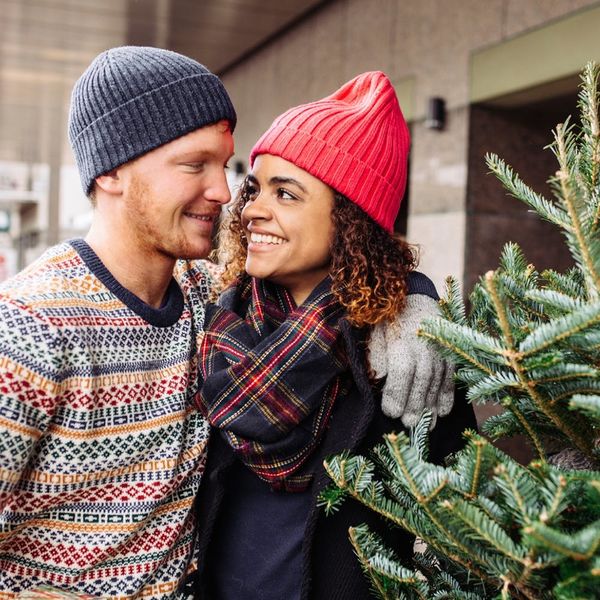 Often, one of the worst things you can introduce to a budding relationship is politics. But one brave woman is attempting to make romance out of one of the most contentious political figures of our time: Donald Trump. (Perhaps it makes sense that she’s in Canada, slightly removed from the madness.) Sofi Papamarko has been a matchmaker in Toronto for years, and Trump’s rise in popularity gave her an idea for a new love-related venture.

“My biggest business challenge is finding an equal number of commitment-ready men” for all the women on her roster, Sofi said over email, referring to the service she runs under the title Friend of a Friend Matchmaking. “As Trump began gaining steam and more and more Americans were Googling ‘How to move to Canada,’ I thought my roster of single women could certainly benefit from any incoming single Americans.”

Sofi explained that while her “bread and butter” is and will continue to be Friend of a Friend, that venture has limitations. A primary one is its geography-specific nature, tied to the city of Toronto, where there are many more available women than men. Canadian Girlfriend, by contrast, is open to women across Canada and men anywhere in the US. As Sofi put it, “Canadian Girlfriend is the maple syrup I drizzle on the bread and butter that I made French Toast with.” The sweet service runs 50 Canadian dollars (38 USD!) and sends you an email with at least one match, possibly more, depending on interests and interest level.

So is she rooting for a Republican victory in November, to boost business? Not exactly. Sofi said she’d feel much safer having Hillary or Bernie in charge of the launch codes than Donald Trump, but at the same time, she acknowledged that having four years of Trump might spur interest in cross-border relationships. If that happens, she’s ready to step in. Thus far, due in part to her existing client base and interest in the site in Canada, she’s had around 50 sign-ups, most of them being Canadian women.

Any people looking to lock down an international boo before the November election, just in case, might want to heed Sofi’s parting words and sign up soon: “Love should know no boundaries.”

Should international dating sites be the next big thing? Let us know on Twitter @BritandCo!

Tannara Yelland
Tannara is a freelance writer and editor, an occupation perfectly suited for her affection for drinking too much coffee and keeping odd hours. She usually writes about politics, economics, and pop culture. Some day she will put to use the hundreds of hours she's spent watching Say Yes to the Dress and write THE definitive analysis of the show.
Dating
Relationships
Dating