5 New Year Resolutions Every #Girlboss Needs to Make in 2017 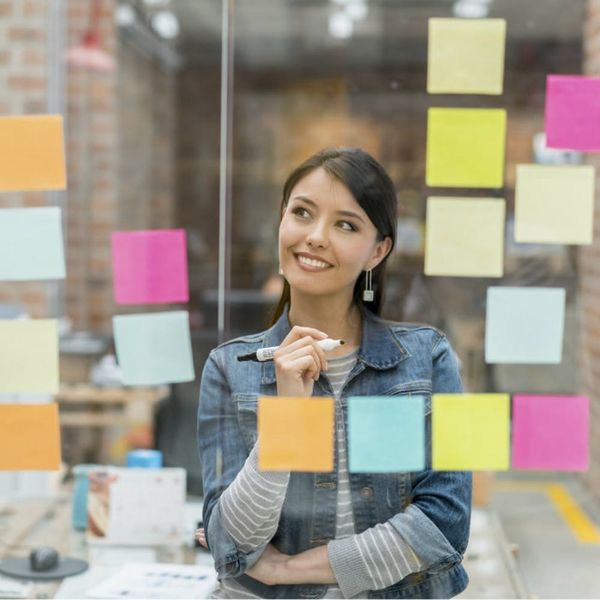 There were some seriously awesome boss babes of 2016 who will no doubt provide us with major inspo for a stellar year at work. But we need more than #girlboss idols if we want to rock our careers this year. Some serious action items, like being more productive at work and building a super successful team, are essential. We asked Merrick Rosenberg, CEO of Take Flight Learning and author of The Chameleon, for five actionable resolutions that’ll help us take our careers to the next level in 2017. Read on to find the resolution that’s right for your work style.

1. Don’t feed the drama — anywhere. “The only way drama can exist in the workplace is if people create it and fuel it,” Merrick says. Instead of feeding into it, Merrick says to take a step back and assess the situation calmly, with as much of a neutral logic as you can. If you can’t do this (it’s really hard), then just don’t respond to the drama whatsoever.

He also suggests that we deal with the underlying issues of what’s creating the drama itself. But, again, bringing your own passionate emotions to the table will often make a situation worse, because, as we all know, drama *loves* drama. Since all aspects of our lives affect each other, let’s just all agree to make this resolution in the workplace, happy hour, at home and everywhere in between. #NoDrama2017.

2. Speak only in positive terms about others. No one likes a Negative Nancy, but sometimes it’s hard to keep a positive mindset. Merrick suggests challenging yourself to take the high road in 2017, saying, “The best way to create a positive work environment is to stop negativity and just replace it with positive thoughts about your fellow team members.”

One way to shift your mindset is to avoid making assumptions about why someone did something. We all have different work styles, so if your coworker acted in a way you thought was rude, think through what their reality may look like. For example, maybe they avoid small talk and are instead so focused on the team’s action items because they want the whole team to do their best work possible.

3. Celebrate successes. “When failures occur, teams are quick to assess what happened. But when successes happen, they quickly move on to what is next. In 2017, take the time to celebrate your accomplishments,” says Merrick. Suggest a team lunch, call out your coworker’s rockstar presentation in an all-hands meeting or write an article about your team’s success in a trade publication. You’ll be more motivated to hit your goals all year once you start stopping to appreciate how far you’ve come.

4. Eliminate gossip. New year, new gossip… unfortunately. Merrick says a great resolution is to just cut it out. “Don’t initiate or perpetuate gossip about others. It undermines trust in you and the team as a whole.” If you really can’t help yourself during happy hour, a secondary resolution here may be to avoid more than two drinks when you’re drinking with coworkers. Seriously.

5. Be the chameleon. It might sound like a twist on the elementary school motto, but Merrick says a great resolution to take on in 2017 is to treat others how they need to be treated, not how you want to be treated. He adds, “Respecting the needs of others is the foundation for a cohesive team.”

Kelsey Nelson
Kelsey Nelson is a born-and-raised Ohioan living life in South Carolina. She thrives at binge watching Netflix, contemplating what to order at the bar and running any trail or road she can get her feet on. In addition to being a Brit + Co contributor, she writes about southern pleasantries, DIY mishaps and more at North Living South. If she isn’t writing or running, she’s off adventuring with her husband Brad and their Lab/Dachshund mix, Gordy.
Hit Refresh
Work
Hit Refresh Resolutions
More From Work