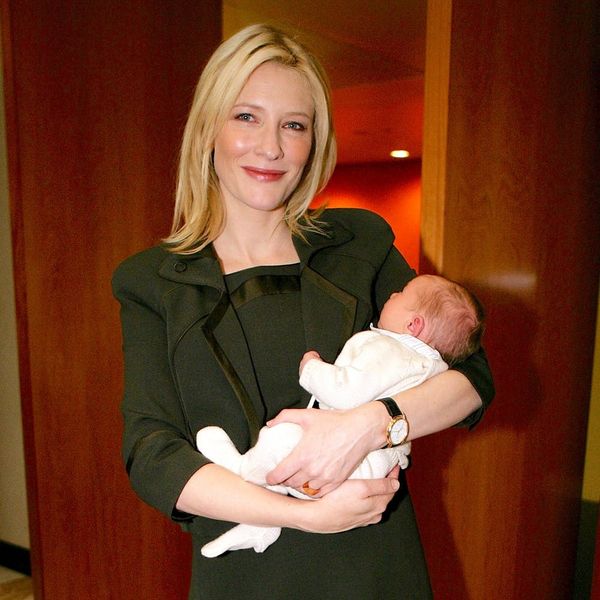 Academy Award winning actress Cate Blanchett, she of luminous skin and impossibly wonderful style, is a force of talent to be reckoned with, and you’d imagine probably pretty serious about her craft. But as a mom, she definitely doesn’t seem to take herself too seriously. The lady has got a great sense of humor. During her appearance on Jimmy Kimmel Live!, she revealed that she got her third son’s (yes, she’s got three boys and a newly adopted baby girl!) super creative baby name from a Captain Underpants book. Specifically, an edition called Captain Underpants and the Attack of the Talking Toilets.

She explained to Jimmy, “I was eight months pregnant and hallucinating, and there’s a section in the book where he gets so upset that everyone teases him because his name is Professor Pippy Poopypants that he forces the world to change their names.”

“They have this interior code, and they give these examples of names. You go down to ‘I’ and the example is Ignatius. It was like the Virgin Mary going ‘Boom! I must call him Jesus,'” she added, “Ignatius must be his name.” And Ignatius, who is now seven years old, goes by Iggy for short. LOVE!

Check out the hilarious clip below.

What do you think of Cate’s baby name? Did you find your baby name in an unexpected place? Share with us in the comments below!