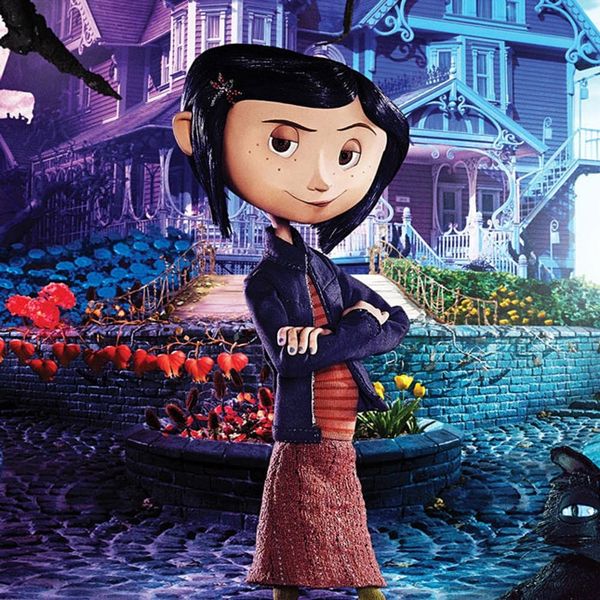 Tim Burton is known for some of Hollywood’s quirkiest stories. From Beetlejuice to The Nightmare Before Christmas, his tales are dark, perfect for Halloween and funny too. They’re also the source of some very creative baby names — names that are just right for a babe born around Halloween (or any time of the year). Scroll on to discover 12 creative and artsy baby names that might be creepily perfect for your tiny tot.

1. Coraline: Neil Gaiman reversed two letters in Caroline and wrote a spooky story about a girl who finds an alternate version of her world. Tim Burton made it a big screen hit in 2009. The name went from obscurity to the US Top 1000 in just a few years, and continues to rise. Other characters answer to Miriam and Sergei.

2. Lydia: This name was relatively uncommon when Winona Ryder played the young Lydia Deetz in 1988’s supernatural comedy Beetlejuice. Now Lydia is a Top 100 favorite. A sequel is in the works, with Miss Deetz returning. The movie was ahead of its time with other character names too, including Delia, Juno and Beryl.

3. Jack: Jack Skellington, the Pumpkin King of Halloween Town, must be one of the most memorable animated characters of the 1990s. The Nightmare Before Christmas debuted in 1993. Boosted by other famous Jacks, like Bauer and Sparrow, the name has returned to the US Top 100, an every-boy name with plenty of edge. Jack’s love interest, Sally, remains in style limbo.

4. Katrina: Many of Burton’s movies borrowed older stories, like his 1999 adaptation, Sleepy Hollow. A young Christina Ricci played Katrina VanTassel. Katrina is a Dutch and German form of classic Katherine. Other characters included Killian, Brom and of course, Ichabod, though that one isn’t likely to catch on.

5. Charlie: In 2005, Burton directed a reboot of Charlie and the Chocolate Factory. Roald Dahl invented the names for the cast of difficult children in the original 1964 novel, including Veruca, Augustus and Violet, along with grandparents Josephine and George. We also learned that Willy’s dad is named Wilbur.

6. Edward: Long before Stephenie Meyer imagined Twilight’s Cullen clan of sparkly vampires, there was Edward Scissorhands. The romantic tale debuted in 1990, with Johnny Depp as a Frankenstein-esque figure adept at trimming hedges and carving ice sculptures. Other great names from the movie included Helen and Esmeralda.

7. Taran: Back in the 1980s, Burton was a young animator at Walt Disney Studios. One of his early projects was The Black Cauldron, based on Welsh myth. Taran is the boy from humble origins who becomes a hero. His name means thunder. Taran has never caught on, nor have intriguing Black Cauldron names like Eilonwy and Orwen.

9. Barnabas: The original Dark Shadows was a gothic 1960s soap opera. In 2012, Burton revamped it with all of his signature quirky charm. Barnabas is a two hundred-year-old vampire. The New Testament name is rare in English, but could wear well. Other great names from the movie include Josette, Silas and Angelique.

10. Elsa: More than a year before Frozen swept the world, Elsa was an animated character in 2012’s Frankenweenie, the tale of a dog brought back to life by a young Victor Frankenstein. The name is a nod to Elsa Lanchester, the English actress famous for playing the Bride of Frankenstein in 1935.

11. Lincoln: It’s hard to make the life of Abraham Lincoln any more dramatic, but Seth Grahame-Smith did just that when he made the Civil War-era president a secret vampire hunter in his 2010 novel. Burton’s 2012 movie brought the story to life, along with more great names, like a vampiress called Vadoma, as well as historical figures like Harriet and Mary.

12. Bronwyn: In 2016, we’ll enjoy a Tim Burton-directed adaptation of Miss Peregrine’s Home for Peculiar Children. Based on the New York Times bestseller, the movie comes complete with mysteriously gifted children with names like Bronwyn and Millard. In Welsh, Bronwen is the traditional feminine form, but if the movie is a hit, we could be meeting a lot of baby Bronwyns.

Would you use one one of these creative baby names? Let us know in the comments below!