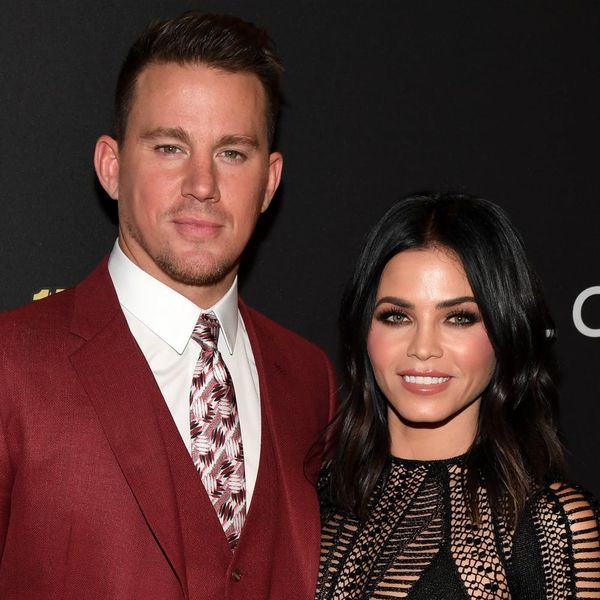 Channing Tatum and Jenna Dewan Tatum famously met on the set of the 2006 movie Step Up, and while we’ve seen some adorable throwbacks of the couple over the years, we now get to see their actual meet-cute. Jenna shared video of the pair’s original audition for the movie on YouTube, and it might be the most adorable thing you see today.

“This little gem was sent to me today in celebration of Step Up: High Water being released on YouTube,” she captioned the video. “First audition, here you go!”

The now husband-and-wife couple’s chemistry is obvious as soon as they’re introduced to go through some dance moves together. At one point, they pause and put their arms around each other, prompting someone from behind the camera to remind them it’s a movie, not a photo shoot. “We’re posing like it’s prom!” Jenna says, laughing.

She also calls out her future husband for saying he couldn’t dance very well — when it’s obvious he very much can as they salsa together. “Oh, stop it right now,” she teases. “You said, ‘I don’t know how to dance!’ That was actually pretty good!”

At the end of the audition video, the pair pause to introduce themselves for the camera, after which they look at each other and giggle, sweetly saying, “Hi.” Love at first salsa!

Jenna said the video was “the beginning of so many amazing things” in her life, and admitted it was “very sentimental and amazing for [her] to watch.” The couple married in 2009 and share five-year-old daughter Everly (who, it turns out, is NOT a fan of Step Up).

What did you think of Jenna Dewan and Channing Tatum’s meet-cute video? Let us know @BritandCo!