Check Out the Fiercest Fashions at the Independent Spirit Awards 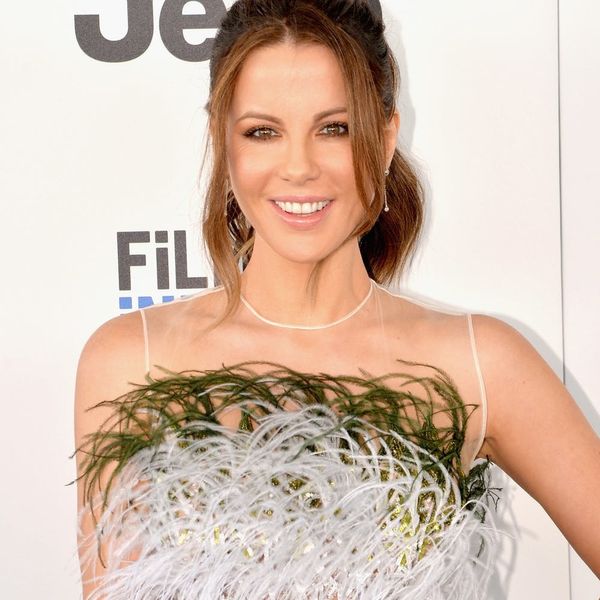 It’s a busy weekend for our favorite stars! As we wait with bated breath to see who will win big at tomorrow night’s Academy Awards, they’re lining up on the red carpet at tonight’s Independent Spirit Awards to celebrate some of Hollywood’s better indie flicks. See all of their head-turning styles below.

1. Freida Pinto:Slumdog Millionaire actress Freida Pinto was pretty as a picture in this Uel Camilo yellow sheer lace dress with an open off-the-shoulder neckline and a bit of sparkle courtesy of Harry Kotlar. (Photo via David Livingston/Getty)

4. Ruth Negga: As a potentially history-making Best Actress nominee at tomorrow night’s Academy Awards (a win would make her the first black woman to receive the title since 2002, when Halle Berry took home the award for Monster’s Ball), all eyes will be on Negga’s style. She gave us a preview of what’s to come tonight in a bold bow-neck Delpozo dress with a floral print bottom, Manolo Blahnik heels, Fred Leighton baubles, and a Roger Vivier clutch. (Photo via David Livingston/Getty)

5. Kate Beckinsale: Beckinsale was a head-turner in one of the evening’s more wild looks by designer Pamella Rolland, complete with its two-toned feather bust. (Photo via Frazer Harrison/Getty)

7. Naomie Harris: Like Negga, Harris will be under style scrutiny tomorrow night as one of the evening’s Best Supporting Actress nominees, but she kept things fun tonight in a brightly colored tweed Chanel mini with side cutouts. (Photo via C. Flanigan/Getty)

10. Molly Shannon: Molly was one of the more glam of the bunch in a red-hot gown with shoulder cutouts. (Photo via C. Flanigan/Getty)

12. Natasha Lyonne: The OITNB starlet took us back to the ‘70s in a swinging floral-print frock and retro white latex boots. (Photo via Frazer Harrison/Getty)

13. Trace Lysette: The indie actress showed off some flair in a black bodysuit with a matching lace overlay, complete with cinched waist and flared hoop skirt. (Photo via Jeff Kravitz/Getty)

14. Kiersey Clemons: Clemons had the equivalent of a fashion ball in this intriguing tiered Prabal Gurung black and white halter-neck masterpiece that gave way to sheer toward the hem.