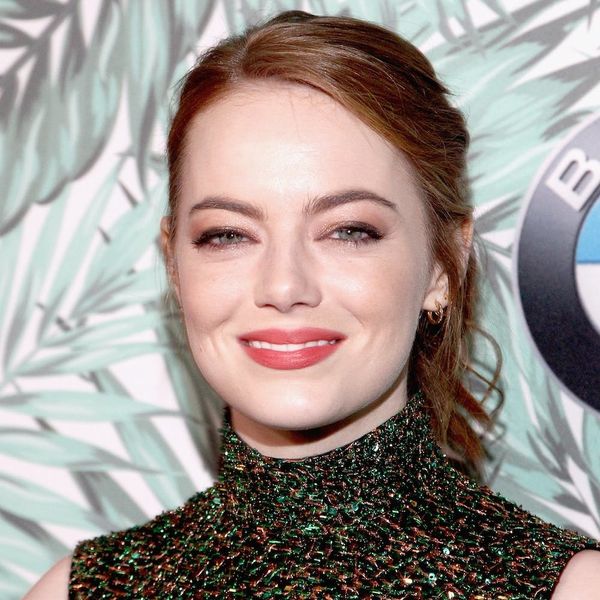 The Oscars are so close, we can hardly contain our excitement! We’ve got our Oscars bingo printable ready and raring to go and all the prep done for delicious, ultra cheesy appetizers we’ll be digging into tomorrow night, and now, the only thing that’s left is to take a stab at predicting all the big winners (both on the stage and the red carpet of course).

With so much amazing talent battling it out for an Academy Award this year, picking likely favorites is no easy feat, but that sure hasn’t stopped us (or the Twitterverse!) from trying. In fact, Fizziology, a leading social media research firm and digital consultancy, has scoped out hundreds of thousands of feeds totaling nearly 10K messages to tally up the internet’s most popular predictions.

According to their research, the majority of Twitter users have Emma Stone (La La Land) and Denzel Washington (Fences) pegged to take home top honors in the Best Acting category. Meanwhile, on the supporting side of things, Denzel’s costar, Viola Davis, is favored to win, as is Mahershala Ali (Moonlight), who JUST welcomed his first child with wife Amatus-Sami Karim. (Talk about a winning streak!)

Then there’s the Best Picture category, which seems to have folks the most divided. La La Land got just 34 percent of the prediction votes, with the rest of the web divided between Moonlight, which clocked in at 19 percent, Hidden Figures at three percent and Hacksaw Ridge at two percent.

Forget La La Land, the real goddesses of the silver screen had substance as well as style https://t.co/yotqcQd141

Perhaps the divisiveness comes from the film’s critiques: The Guardian recently called out La La Land for its lack of female empowerment, with reporter Sarah Churchwell writing: “When I was growing up in the 1980s, American popular culture was pretty much a wasteland of positive female images. There was no one I aspired to resemble, until I discovered classic Hollywood movies, with women such as Katharine Hepburn, Barbara Stanwyck, Jean Harlow, Bette Davis, Joan Crawford. These women radiated authority, to which I instinctively responded without knowing why.”

And now, we wait to see who the Academy sided with — it’s gonna be a long 24 hours.

Do you agree with these Oscar night predictions? Tweet us @BritandCo.