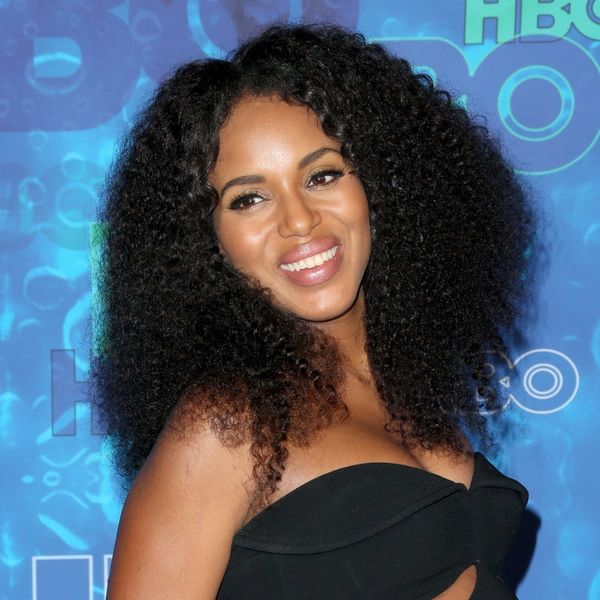 When the star of Scandal, Kerry Washington, announced that she was pregnant with baby #2, we couldn’t wait to see her fabulous rule-breaking maternity style back in action, as well as find out more about the sweet little one that would soon be welcomed into the world. Well, now the baby boy is here (yay!), and Kerry has finally revealed his super cute name.

39-year-old Kerry and hubby, 35-year-old former NFL-player Nnamdi Asomugha, are already the proud parents to two-year-old Isabelle, and now the family of three has become a family of four. On October 5, little Caleb Kelechi Asomugha made his grand appearance into the world.

With no pics of the little newborn shared by either parent publicly and none likely to show up, as they tend to keep their personal life private, we may not be able to see the family’s joy, but we bet they’re thrilled by their latest addition.

What do you think about the name Kerry Washington and her hubby chose for their little one? Tweet us @BritandCo!

Desiree O
Desirée O is a ‘Professional Bohemian’ who loves anything and everything related to the arts, entertainment, and pop culture. She ADORES being a ‘Newsy’ for Brit + Co, covering all of the latest tidbits of awesomeness that you want to read about. When she’s not writing, she’s either making messy art, going on long adventurous walks with her camera, or poking around over at bohemianizm (http://www.bohemianizm.com/). You can find out about Desirée O and her work at http://DesireeO.com/ or follow her on Twitter @DesireeO.
Celebrity Baby Names
Celebrity News
Celebrity Baby Names