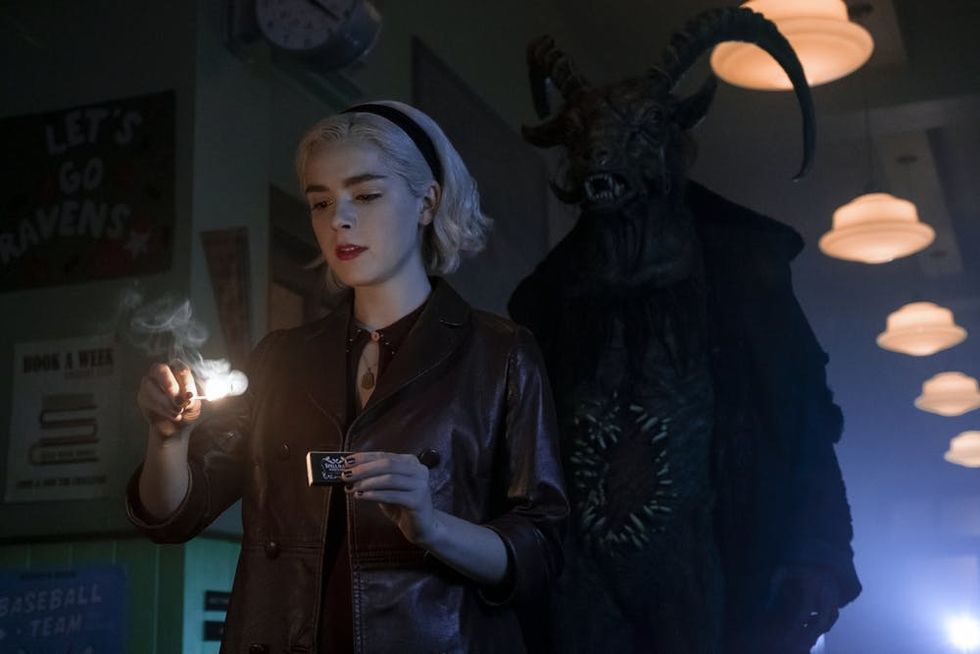 Part two of Netflix’s Chilling Adventures of Sabrina is set to premiere on Friday, April 5, and in the latest trailer, our favorite teenage witch is embracing her dark side.

Part one saw Sabrina (Kiernan Shipka) undergo a dark baptism and begin to tap deeper into her supernatural side. Now, in part two, the half-mortal, half-witch protagonist is intent on exploring a side of the dark arts she had previously avoided.

The trailer opens with Sabrina pouring what looks to be a can of gasoline on the floor of her high school before striking a match. “I feel like I’ve been walking down this darker path,” she says. “But maybe it’s not so bad.”

The clip also promises some deadly spells, levitations, the return of the sinister Weird Sisters and Madam Satan, and a love triangle between Sabrina’s sweet boyfriend Harvey (Ross Lynch) and an edgier new love interest, Nick Scratch (Gavin Leatherwood). “I can choose to be afraid of my powers, or I can use them,” Sabrina says at one point before vanishing into thin air.

At the end of the trailer, we meet a new character, seemingly the Dark Lord himself, who tells Sabrina that she has loved the power he’s given her.

The new episodes arrive on Netflix on Friday, April 5. In the meantime, watch the tantalizing new trailer below.