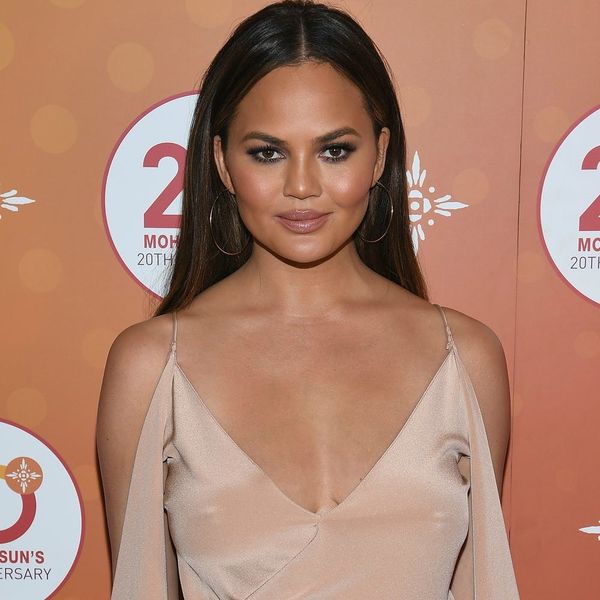 Chrissy Teigen has been fighting the good fight against mommy shamers pretty much from the moment baby Luna was born in April. She’s clapped back at haters for everything from stepping out for dinner too soon post-birth to breastfeeding in public, and it’s gotten to be a bit much, even for Chrissy. In fact, she recently locked her Twitter account over it, saying she “wasn’t strong enough anymore.”

It seems the move did everything to fuel her fire, though, as the celebrity mommy is coming for trolls harder than ever.

It all started when Twitter user @uVuyoh, an account identified as a site called “Fall&DroptheBaby.Org,” (uh, is that a joke?) criticized the below picture of Chrissy holding Luna, saying, “@chrissyteigen this is not how a baby is held!!!”

In a since-deleted Tweet, Chrissy fired right back, saying, “Really, because that’s how I’m f*cking holding her.” Dang! Chrissy isn’t playing around!

When @uVuyoh attempted to educate her further by responding, “There are incorrect ways to hold infants whether you’re shielding her from a fire or pap!” Chrissy didn’t budge an inch, saying in another since-deleted Tweet, “Please, do shut up.”

She DID leave the below up as a warning, however, for any and all haters who dare to step in from here on out:

The moral of the story? Don’t mess with Chrissy’s parenting skills, yo.

Do you think Chrissy was validated in her response? Tell us @BritandCo.

Nicole Briese
Nicole is the weekend editor for Brit + Co who loves bringing you all the latest buzz. When she's not busy typing away into the wee hours, you can usually find her canoodling with her fur babies, rooting around in a bookstore, or rocking out at a concert of some sort (Guns N' Roses forever!). Check out all her latest musings and past work at nicolebjean.com.
twitter
Celebrity News
twitter
More From Celebrity News