You Can Now OWN Cinderella’s Glass Slipper 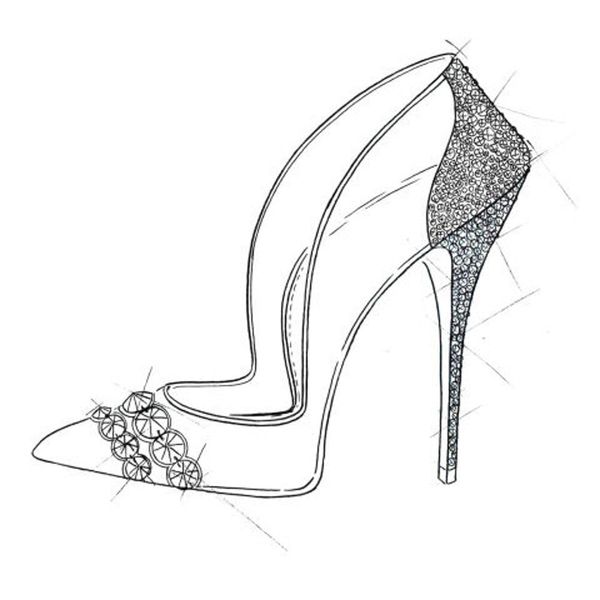 There are few shoes as iconic as Cinderella’s glass slipper. While probably not super comfortable, we’ve all dreamed about slipping on the sparkly heel a time or two – preferably with the assistance of one handsome Prince Charming. We got a little Cinderella fix over the holidays as we watched Anna Kendrick’s portrayal of the classic fairytale star in Into the Woods, but the real treat is set to come next month, when the much chatted about live-action version of the film hits theaters.

To celebrate the new version of the age-old story, Disney has recruited nine big-name designers to recreate their own version of Ella’s glass slipper – and guys the results are nothing short of magical. While sketches alone would be super exciting, the collaboration has gone to the next level by actually making the designs available for purchase next month at retailers such as Saks Fifth Avenue, Harrods in London and Galeries Lafayette in Paris. So basically this means you can literally make your childhood dreams come true (even if your bank account severely disagrees).

Along with the major players in the fashion footwear game, Disney also collaborated with a few lesser known designers like Alexandre Birman, Jerome Rousseau, Paul Andrew and Rene Caovilla. Paul Andrew used transparent PVC to create a glass effect along with accents of ivory suede, but the most creative design just might go to Jerome Rousseau, who created not a glass slipper, but rather a midnight-blue glitter sandal to play up the crucial “stroke of midnight element” in the story.

No word yet as to an exact date next month when these epic heels will hit stores, but if you’re serious about making your next black-tie outfit a Cinderella approved look, you’d better get that checkbook ready because we’re guessing these, just like their fairytale inspiration, will vanish in a matter of hours.

Which design is your favorite? Tell us what you think in the comments below!