See Anna Kendrick as Kate Spade’s Holiday Muse (and Ours) 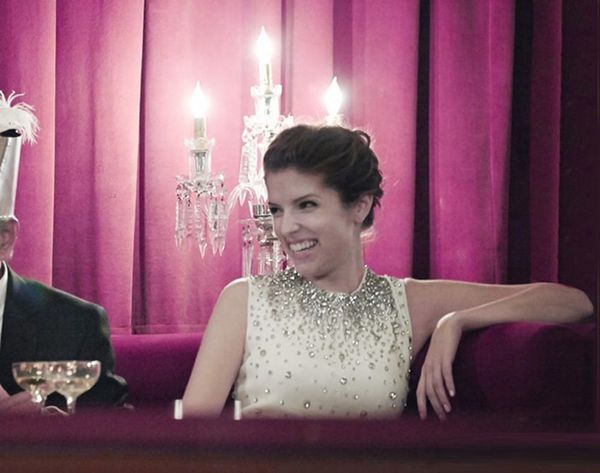 Now Anna Kendrick can officially call herself a quadruple threat. Besides acting, singing and being one of the most hilarious people on Twitter, the Pitch Perfect 2 star has been tapped to be the face of kate spade new york for the designer brand’s holiday campaign. And after (virtually) thumbing through the confetti-filled lookbook, we’re adding on a fifth accolade to Anna’s roster: holiday muse.

Since looking like a high roller is the aim of the holiday season, it seems there’s no one better than Anna (dressed head to toe in ksny) to show us how to get to that level of luxe. According to the lookbook, kicking up your heels and popping open the champagne won’t cut it — Anna’s raised the stakes in this ultra-glamorous casino-themed shoot.

Surrounded by doting sharpshooters in crisp tuxes, Anna beams brighter than the Vegas lights in jewel-encrusted dresses, bow-topped heels and fancy fur hats in spade’s “The Sky’s the Limit” campaign, showing where there’s risk there’s major reward. That comes in the form of sparklier-than-stars accessories, from glittery handbags to delicate flecked watches to sequined oxfords. But this wouldn’t be kate spade without a whimsical take on the theme, which shows up in this collection as playing card-emblazoned clutches (the Queen of Spades, of course), dice-shaped earrings and a Siegfried and Roy-style white tiger ring, to name some standouts.

You can shop the holiday-ready collection now at katespade.com, or if you play your cards right, your must-have picks miiiight end up under the tree with your name on it. That would be a move a baller like Anna would approve of.

What are your favorite pieces in this holiday kate spade collection? Tell us in the comments below.