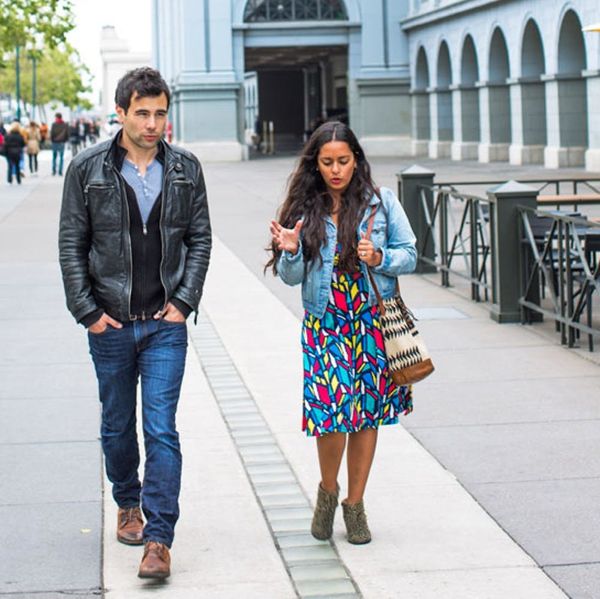 It’s a fact: Smell is one of the most powerful memory triggers that we’re all equipped with. No matter if it’s a waft of exotic street food, ocean breezes, eau-de-garbage or diesel smog — likely the waft is going to take you back to a specific time and place. For some cities, the smell might be positive, and for others… well, not so much (we’re looking at you, San Francisco). Currently, a group of researchers are attempting to record odors in several large cities to create “smell maps.” These scientists believe that smell is our most neglected sense and are hoping their work will help improve urban planning as city planners take smell into account right along with how cities look and sound. Essentially, they want us to care about the way our cities smell as much as we care how pretty they look.

“Humans are able to potentially discriminate one trillion different odors. Yet city officials and urban planners deal only with the management of less than ten [really] bad odors. Why this negative and oversimplified perspective?” asks Daniele Quercia, a researcher at the University of Cambridge.

Researchers based their study on Amsterdam, Pamplona, Glasgow, Edinburgh, Newport, Paris, London, Barcelona and New York — some of what are considered the best cities due to distinct skyline, clear road maps and memorable streets. However, they point out sight is just one of the senses we use to make memories.

Smell has a huge influence over how we perceive places, but it’s not considered by urban planners because it’s rather difficult to record and analyze. When it came to creating these “smell maps,” researchers turned to social media to find out what people were saying about what their city smelled like. As they explain in their recent paper, they examined a total of 17 million photos, 154 million Instagram photos and 5.3 million Tweets, searching for keywords relating to smell. Then the researchers collected all the smell-related words to essentially create a dictionary for urban smell. Smell categories included food, waste, emissions, synthetic, tobacco, cleaning, animals, metro, industry and nature.

While there is no big takeaway map at this point, the researchers note that they’re starting the conversation on why smell should be considered in urban planning. So what is the point of knowing what your city smells like? The benefits go beyond picking out a nice place for a stroll. The researchers hope their work will encourage planners to incorporate smell into their thinking about street design for airflow and how to plant trees more efficiently for cleaning the air, while runners and families could use the smell map to avoid the most polluted streets.

What do you think of each city getting a smell map? Do you think it has any benefits? Tell us what you think in the comments below!

Kate Thorn
Kate Thorn is an illustrator, foodie, photographer, and blogger at Create & Kate. She loves creating art, traveling, and all things chocolate. A native to the Great Northwest, she is currently living in London and pretending to be a mature grad student.
Healthy Living
Home News
Healthy Living Infographic study
More From Home News