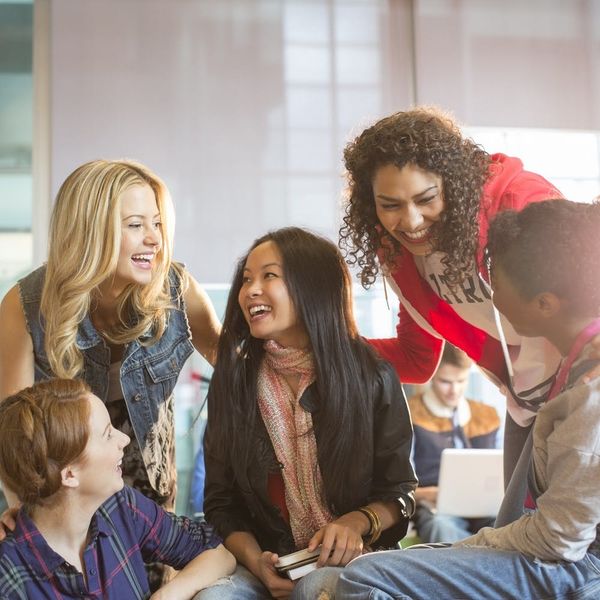 Whether you’re starting a business in college with your BFF or simply getting together for a drink occasionally, your college friendships are an integral part of your social happiness at school. And while you may think that staying up late studying is the major key to your academic success, a new study out of Dartmouth College says your friendships also have a profound effect on how well you do in school.

The study, led by Janice McCabe, associate professor of sociology at Dartmouth, is the basis of her upcoming book Connection in College: How Friendship Networks Matter for Academics and Social Success. While previous studies have focused on the importance of college friendships in a broader, more social context, this is one of the first studies to examine “types of individual friendships, how people benefit socially and academically from these friends and how the social networks reflect a student’s race and class.”

McCabe found there were three fundamental types of social groups and that each group affected students’ academic successes in specific ways: tight knitters, compartmentalizers and samplers.

1. Tight Knitters: These students have “one dense group of friends” where everyone knows each other— the network resembles a ball of yarn. McCabe found that students of color were most likely to belong to this group and the friendships could either motivate students to succeed academically or just as easily act as a detractor to their success.

2. Compartmentalizers: Compartmentalizers have a few different friend groups based on specific circumstances or interests (study buddies, athletic teams, brunch dates) and tend to keep the groups separate from one another. Most students in this group are white middle class and their academic standing isn’t as strongly affected by their friendships as the tight knitters. McCabe did find that students of color often also “had a cluster of friends that helped them with race or class-based marginality.”

3. Samplers: Instead of a group of friends, samplers may have one or two BFFs with whom they share everything and who don’t interact with each other. They’re totally confident in their academic abilities independently of their friends; their social network did not affect their academics in any way and was found in all class and race groups.

She also found that people’s network preferences remained consistent post-college, though most samplers transition to tight knitters once they graduated and found meaningful connections elsewhere.

Where do/did you fall on the friendship spectrum while in school? Tweet us @BritandCo and let us know!

Megan Parry
Megan Parry is a lifestyle writer living in Philadelphia where she's making generous use of her library card, obsessively reading friends' natal charts, and learning how to differentiate between "dried apricot" and "juicy apricot" notes in wine.
Relationships
More From Relationships