College Students Have Cruise Control When It Comes to Drinking 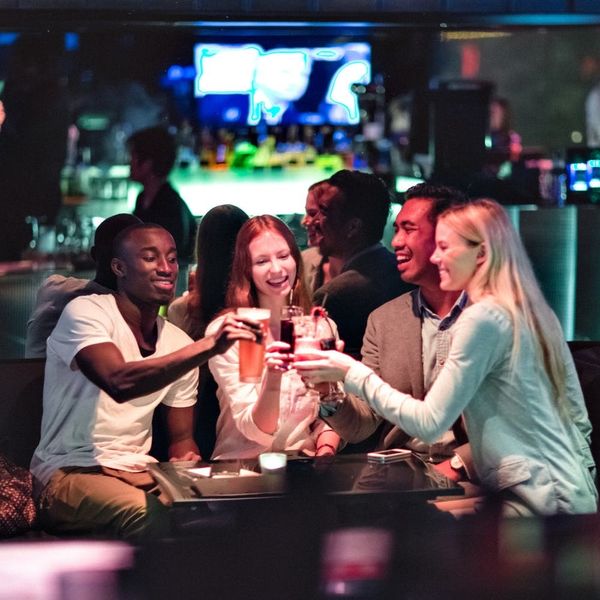 It’s totally cool to enjoy a BOO-zy Halloween cocktail while you and your squad rock an adorable group costume or endlessly search for ways to turn your love for wine into a full-fledged career, but staying safe — drinking plenty of water, calling an Uber, etc. — is always priority numero uno.

According to a new study from The Ohio State University, some college kids maintain their buzz similar to how a car’s cruise control maintains its steady speed. That is, once the students got to their desired level of inebriation, they adjusted what and how fast they drank — taking sips instead of gulps or adding water to the mix, like a car accelerating or braking — to stay at that level.

Leave it to a team of social workers and engineers to use mathematical models to help explain what drives alcohol consumption. “The way the students made decisions about drinking actually resembled the single most common feedback controller that’s used in engineering,” Ohio State engineer Kevin Passino said. “It’s called a proportional-derivative controller, and it measures how far a system has moved from a particular set point and adjusts accordingly. It’s the same as cruise control on a car.”

At the beginning of the night, the students were asked about how drunk they wanted to get and then were given breathalyzers throughout the night. The students who intended to get “buzzed” kept their blood alcohol content levels around 0.05 and the ones who wanted to be “very drunk” kept it around 0.1 (reminder: the legal BAC driving limit is under 0.08).

Data was first collected at San Diego State University and reanalyzed by engineers at Ohio State. A second study is about to start at Ohio State, where 60 students will wear an ankle bracelet and fitness monitor for two weeks. Researchers hope to not only track BAC over that time period but also sleep, exercise and social interactions to “get a very rich, complex dataset,” said John Clapp, a professor of social work and director of the Higher Education Center for Alcohol and Drug Abuse Prevention and Recovery at Ohio State.

The end goal? To use all that data to develop an app that can alert anyone when they’ve had enough to drink and help them make smart and safe decisions. It’s almost like the human equivalent of cruise control — let’s call it booze control.

Would you use an app to monitor how much you drink? Tweet us @BritandCo!

Kelsey Nelson
Kelsey Nelson is a born-and-raised Ohioan living life in South Carolina. She thrives at binge watching Netflix, contemplating what to order at the bar and running any trail or road she can get her feet on. In addition to being a Brit + Co contributor, she writes about southern pleasantries, DIY mishaps and more at North Living South. If she isn’t writing or running, she’s off adventuring with her husband Brad and their Lab/Dachshund mix, Gordy.
Halloween
Health
Halloween