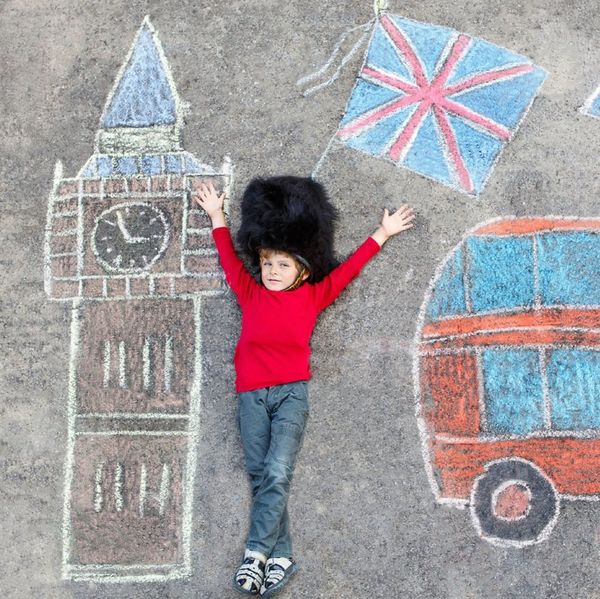 Jamie and Jools Oliver are expecting baby number five! The celebrity chef and his model-turned-designer wife are known for choosing quirky, bold and delightfully British baby names. The Olivers are the parents of Poppy Honey Rosie, Daisy Boo Pamela, Petal Blossom Rainbow and Buddy Bear Maurice. The kids’ first names are pretty mainstream. Poppy and Daisy have been favorites with English parents over the last two decades; Buddy fits perfectly with the preference for nickname names; and while Petal is unusual, nature names of all kinds are more common than ever. Jools and Jamie, if you’re stumped for a name, here are nine baby names for your new addition!

1. Coco: It’s close to cocoa, and edible names seem right for a chef’s daughter. It also brings to mind Coco Chanel — which works with Jools’ current project, designing a line of children’s clothing. Coco has the same playful feel as Poppy, Daisy and Petal. Other names so nice you say them twice could work, too, like Lulu, Zuzu and Mimi.

2. Saffron: It works for many of the same reasons as Coco, and has the same tailored-but-feminine feel as Petal. Saffron Monsoon was the level-headed daughter on long-running Britcom Absolutely Fabulous, though perhaps that rules the name out in the UK.

3. Bijou: Bijou translates to jewel in French. In English, it refers to something small and elegant, and brings to mind actress Bijou Phillips. It’s an unconventional, nickname-proof choice.

4. Tulip: Chances are that a fourth Oliver daughter will receive another botanical name. Poppy, Daisy, Petal and Tulip are pretty great together. Some choices — like Posey — are too close to their older girls’ names to consider. Another name that has an outside chance? Bluebell. Jools Oliver penned a children’s book a few years ago called, The Adventures of Dotty and Bluebell. It’s a slightly out-there choice that feels right for their family.

5. Sonny: Sonny is currently in the Top 100 for boys in the UK, and I can easily imagine it as a name for Buddy’s brother. Spelled Sunny, it might be an interesting nature-name choice for a girl, especially since Jools is due this summer. They wouldn’t be the first high-profile parents to make the choice. Jason Lee’s youngest is son Sonny, and Adam Sandler has a daughter named Sunny Madeleine.

6. Bertie: Or maybe the couple will go with an old school nickname name? Harry, Alfie, Archie, Freddie, Teddy and Bobby are all stylish in England. Bertie is even more retro. It’s a little bit regal too, as it’s the nickname of King Edward VII, as well as King George VI, born Albert Frederick Arthur George.

7. Woody: Woody is the hero of Toy Story and its sequels, a name seldom heard on a real boy since Woodrow Wilson left the White House. But in the UK, it’s slowly catching on. It’s a little bit of a nature name, and it sounds just right as a brother for Buddy.

8. Ned: While three of their four kids’ names end in y, that’s no guarantee that they’ll stick with the sound for another child. Something as spare and simple as Ned might have a lot of appeal for the Olivers. It sticks with their nicknames-as-names preference, and has a certain vintage appeal.

9. Huck: Even though Huckleberry Finn is American, that hasn’t hurt other literary baby name exports, like Harper. It’s edible, just like Honey. And the couple has become more daring as they’ve named more children. There’s no reason to think they’ll play it safe when naming baby number five.

What’s your favorite quirky British name? Tweet us @BritandCo, and let us know!

This post was previously published on Nameberry by Abby Sandel. Photo via Getty.