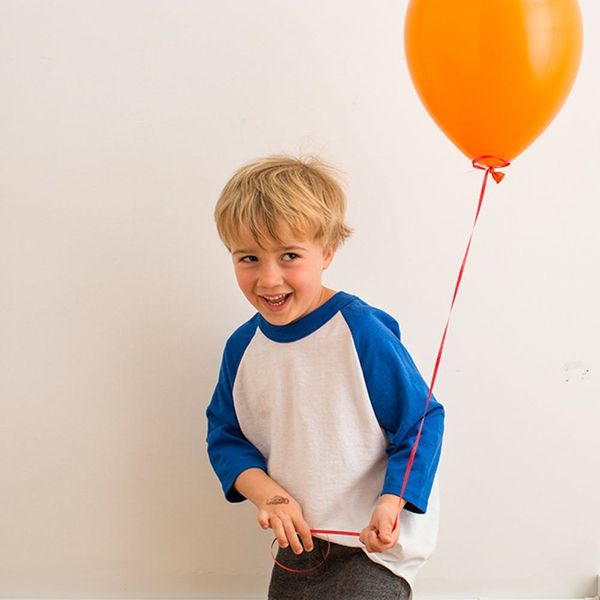 The new top baby names for England and Wales came out recently. At first glance, American and British parents have a lot in common when it comes to baby names. We all love Jack and Emily, Isabella and James. But the new UK top 100 is packed with baby names that are far more popular across the pond — including a few that are all but ignored by American parents. Here are my picks for the British baby names that Americans should import.

BRITISH GIRL BABY NAMES TO BRING TO THE US

1. Poppy — First Nate Berkus, then Jenna Bush Hagar. Poppy has been all over high-profile birth announcements in the US, and yet the name remains rare. Poppy doesn’t chart in the US top 1000, even though it ranks a sky-high number five in England and Wales.

2. Freya — American parents have embraced names from Greek and Roman myth, but how about Norse? Freya — the goddess of love and war — has been a popular choice in England in recent years, currently ranked number 21. In the US, the name comes in at a chilly number 584 — though Freya shows signs of taking off in the US, too.

3. Florence — Names we all love: Charlotte, Eleanor, Evelyn. And yet the similarly vintage, feminine Florence is big there, but not here. Florence ranked number 26 in England, but doesn’t even crack the US top 1000.

4. Millie — Lily has been an epidemic in recent years, but Millie? Number 29 in England, just 505 in the US. But could thoroughly modern Millie be ready for revival? I’ve even heard reports of formerly fusty Millicent in a fashionable New York neighborhood.

5. Matilda — Have you been waiting for Matilda to take off in the US? The name still ranks just number 582, even though it’s a solid number 36 in England. Matilda seems like an obvious alternative to everything from Amelia to Madelyn to Victoria.

6. Maisie — The number 44 name in the UK started out as a Scottish short form of Margaret. Now Maisie seems like the obvious substitute for Sadie or Molly — especially since Maisie is a mere number 655 in the US.

7. Esme — A literary name with a history that long predates Twilight, lovely Esme packs a lot of style into just four letters. Actors Anthony Edwards, Michael J. Fox and Katey Sagal have all used the name for their daughters. But while Esme is number 50 in the UK, it ranks a distant number 815 in the US.

8. Martha — Call me crazy, but I love Martha. Ever since Martha Quinn was one of MTV’s original veejays, I’ve been rooting for this one. We love Founding Father names like Ethan, Samuel and Benjamin. Why not the original First Lady, Martha Washington? The name charts at number 69 in the UK, but just number 735 in the US.

9. Thea — In fairness, American parents might have finally discovered England’s number 79 name. The short form of Theodora re-entered the US charts at number 775 in 2014.

10. Nancy — Nancy, as in girl detective Drew, ranks number 90 in the UK. There’s something sincere and capable about Nancy — a good-girl name with a lot of retro appeal. And what little girl wouldn’t love to share her name with children’s book character Fancy Nancy? As of 2014, Nancy was still fading fast in the US, sinking this former top 10 staple to number 752.

BRITISH BOY BABY NAMES TO BRING TO THE US

1. Thomas — Heartbroken that classics like James and William are so popular? Consider the equally enduring Thomas. The name remains a top ten staple in the UK, ranking number 6. In the US, Thomas languishes at number 54. That’s not exactly rare, but it’s less popular than many of the classics.

2. Freddie and Frederick — Brits love nickname names, so Freddie is number 20, way ahead of number 81 Frederick. In the US, Frederick is fading. But it’s every bit as handsome as Alexander or Theodore, and how sweet is Freddie?

4. Harvey — Twenty years ago, Henry was a little bit offbeat. Now Henry is a fast favorite, ranked number 33 and gaining in the US. But Harvey? Harvey is the new Henry. Harvey ranks a comfortable number 48 in the UK, but a mere number 493 in the US. Legal drama Suits includes talented attorney Harvey Specter, played by Gabriel Macht.

5. Kian — At just number 494 in the US, Kian is pretty rare — rare enough that many American parents might dismiss it as an invented smoosh of Kai and Ryan. Not so. Kian is straight out of Irish legend, ranked number 54 in England and Wales, and sounds an awful lot like the white-hot Liam.

6. Stanley — Stanley is number 60 in the UK, but still somebody’s grandpa in the US. The name ranked number 684 in 2014, and is still sliding. But Stan seems like a retro name ready for reconsideration. There’s world-traveling children’s book character Flat Stanley. Plus the name peaked back in the 1910s — meaning that the 100-year rule should be bringing Stanley back in vogue right about now.

7. Jenson — With Mason and Landon in vogue, how can it be that Americans have overlooked Britain’s number 61 — Jenson? Actually, Jensen — as in actor Jensen Ackles — came in at number 394. It’s the perfect name to honor all of those aunts Jennifer!

8. Hugo — Leo and Mateo are just two of the ‘o’-ending boy names currently stylish in the US. So why not Hugo? The name ranks number 70 in the UK, but just number 438 in the US. Thanks to novel The Invention of Hugo Cabret, and the award-winning film adaptation, this name feels almost magical.

9. Dexter — Sure, there’s the serial killer from the hit television show. But there’s also Cary Grant’s character in The Philadelphia Story. Short form Dex stands up nicely to Jax. So why is Dexter number 73 in the UK, but just number 394 in the US?

10. Ellis — Ellis came in at number 94 in the UK, and number 443 in the US. With –s ending names from Miles to Brooks in favor in recent years, Ellis should fit right in.

Which of these UK baby names is your fave? Share your thoughts in the comment section below.