Cuddle Up With These 10 Shows + Movies This Weekend 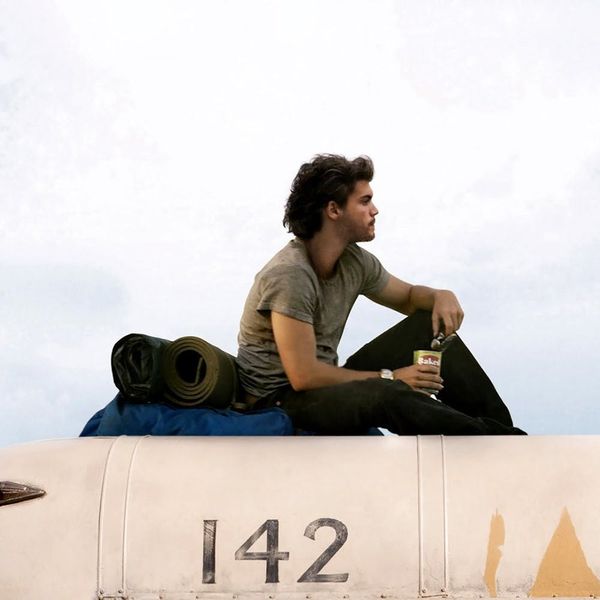 Cheers to the freakin’ weekend always. After another week of life, it’s always reassuring to know that Saturday and Sunday exist. And for those whose weekend plans tend to err on the side of the couch, we’ve got you covered. We went through and hand-picked the 10 shows and movies you should be streaming over these next two days. From classic angsty ’90s flicks to journalistic investigations of gender, here’s everything to queue up through Monday.

Netflix: Imagine if Wes Anderson directed a 15-year-old girl’s surreal birthday party and you’ll start to get an idea what this odd and delightful movie is kind of. (Photo via Oscilloscope)

Hulu: Relive classic ’90s girl angst with both Winona Ryder and Angelina Jolie. What more needs to be said? (Photo via Columbia Pictures)

Netflix: If you missed this fascinating movie about two very different women when it premiered and made tours all around the film festivals a couple years back, now’s your chance to have your own viewing. It stars Kristen Stewart and famed French actress Juliette Binoche in a gripping drama that flips the script more times than you can count. (Photo via Sundance Selects)

Hulu: On her new Nat Geo show, Katie Couric explores the topic of gender, talking to experts, scientists and surgeons — alongside normal people whose lives are affected by questions of gender every single day. (Photo via National Geographic)

Netflix: No high school party will ever live up to the epic storyline that is McLovin’s night spent with the cops. If you don’t understand that reference, stream this movie IMMEDIATELY. (Photo via Columbia Pictures)

FILMS FOR WHEN SCHOOL’S OUT

Showtime: One of Keke Palmer’s earliest roles cast her as Akeelah, a young girl from Los Angeles who discovers that she has a miraculous talent for spelling. With help from her English teacher, Akeelah competes to spell her way up to the Scripp’s National Spelling Bee. (Photo via Lions Gate)

Showtime: Joseph Gordon-Levitt was DEFINITELY NOT type cast in this movie about a Jersey-esque Italian guy who learns about relationships through characters played by Scarlett Johansson and Julianne Moore. (Photo via Relatively Media)

Amazon: Some find Into the Wild (both the movie and the book) inspirational. Others find it completely insane and terrifying. For those who have not seen it yet, watch the movie now on Amazon and then decide if you’re ready to move to Alaska… and all that entails. (Photo via Paramount)

FILMS ABOUT THE WILD UNKNOWN

HBO: For those who prefer their terror to be more surreal, stream this Guillermo del Toro Gothic-style horror flick, starring Mia Wasikowska, Tom Hiddleston and Jessica Chastain. (Photo via Legendary Entertainment)
Cailey Rizzo
Cailey is a junkie for all things pop culture. She studied journalism and English literature at SUNY Purchase, then continued studying French cinema and literature at Paris IV Sorbonne. She currently lives in New York where she can often be found singing '70s music at karaoke bars.
Streaming
Pop Culture
Streaming