10 Shows + Movies Worth Staying in For 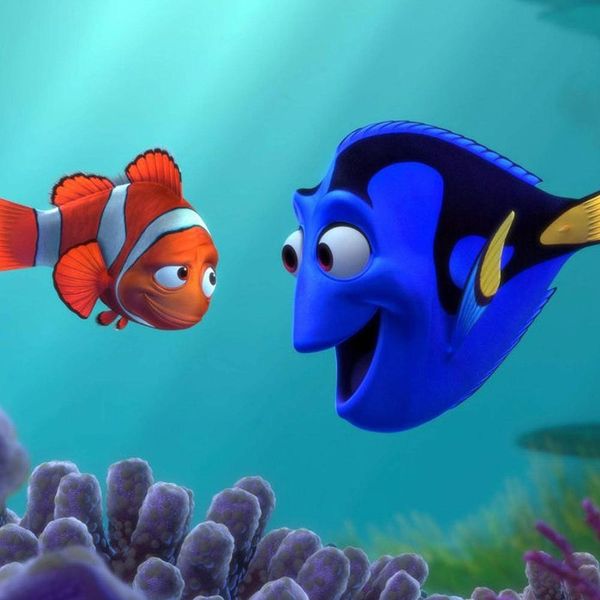 The weekend is a sacred time. While some may choose to go outside, make plans with friends and seize every single second of sunshine this weekend, we think there is an (equally important!) alternative. This weekend, we’re staying in, ordering food and not leaving the couch for AT LEAST 48 hours. If you’ve got similar priorities this weekend, we’ve got you covered. With all the brand new movies and shows out for the month, we went through the list and picked out the 10 that should be at the top of your list this weekend. Without further adieu, here’s everything worth streaming until you have to emerge from your house on Monday.

2. The Breakfast Club on HBO: And then there’s THE classic flick of the ’80s that started it all. If you have somehow managed to live your entire life thus far without seeing this movie, now’s your chance. (Photo via Universal Pictures)

4. Sabrina on Amazon: And then check out the remake of the 1954 film, starring Harrison Ford. It’s a modern (-ish. this was made in 1995) version of the story about business and loOoOoOove.

Netflix: Drew Barrymore plays a seemingly-normal wife, but then things go awry when she turns into a zombie and she just wants to eat human flesh. Because, you know, shows about normal families are boring. (Photo via Netflix)

Netflix: This is Tim Burton at (arguably) his most romantic. Johnny Depp and Helena Bonham Carter voice characters in a love story that transcends life — she is a dead woman who swoops into life and steals a man just about to get married.

Netflix: Magic Mike is now on Netflix. You. Are. Welcome. (Photo via Warner Bros)

8. Thelma and Louise on Amazon: For those craving a girls’ getaway but lacking the time, finances and car to do so, just stay in, invite friends over and live vicariously through this film. Feel free to source inspiration for future friend vacations — maybe just minus the whole murder part. (Photo via MGM)

9. The Princess Diaries 2: Royal Engagement on HBO: Relive childhood with the sequel that can actually compete with the original. Will any of us ever forget that scene where Mia walks into her gigantic new royal closet and jewelry appears from secret shelves? Answer: No, we will never forget.

Netflix: Those who missed the Finding Nemo spinoff in theaters last year can catch up on Netflix. In this version of the underwater world, Dory goes off in search of her parents after her memory comes back. If nothing else, tune in for the all-star cast, including Ellen DeGeneres, Diane Keaton, Eugene Levy, Kate McKinnon, Bill Hader and Sigourney Weaver. (Photo via Disney)
Cailey Rizzo
Cailey is a junkie for all things pop culture. She studied journalism and English literature at SUNY Purchase, then continued studying French cinema and literature at Paris IV Sorbonne. She currently lives in New York where she can often be found singing '70s music at karaoke bars.
Netflix
Pop Culture
Netflix Streaming
More From Pop Culture