Cynthia Nixon Reveals That Her Eldest Son Is Transgender 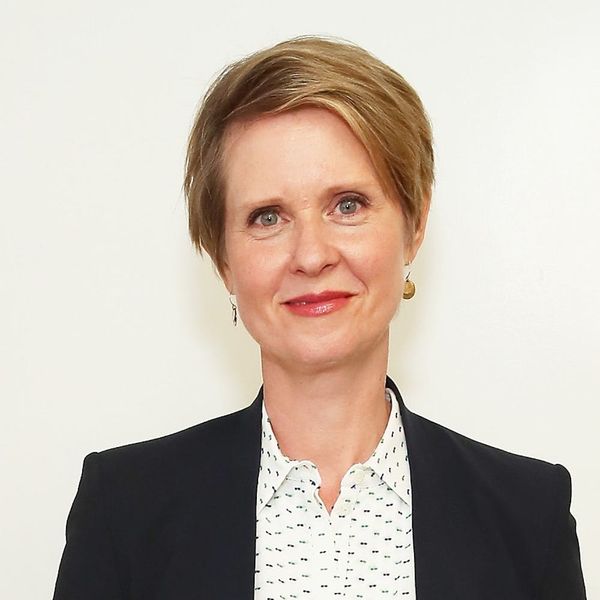 The Sex and the City star took to Instagram to honor her eldest of three children, Samuel Joseph Mozes, born Samantha Mozes, with a sweet post celebrating his accomplishments.

“I’m so proud of my son Samuel Joseph Mozes (called Seph) who graduated this month,” she wrote. “I salute him and everyone else marking today’s Trans Day of Action,” she wrote, adding the hashtag, “TDOA.”

TDOA is an annual march/rally that shines a spotlight on continued violence and discrimination in the transgender community. It was first organized by the Audre Lorde Project back in 2005.

The photo showcased mother and son posing together during graduation at Samuel’s alma mater, the University of Chicago.

Nixon, who is currently campaigning to be the first queer governor of New York, has long been a proponent for LGBTQ+ rights.

Today is such a heavy day for all of us in the queer community. It's been two years since the devastating shooting at the #Pulse nightclub in Orlando. Take good care of each other today and everyday—proudly, carefully, and with love.‬

Back in May, she expertly clapped back at a jab made by former NYC Councilwoman Christine Quinn, who called the actress an “unqualified lesbian,” with a cheeky tweet that read as follows: “It’s true that I never received my certificate from the Department of Lesbian Affaris, though in my defense, there’s a lot of paperwork that’s required.”

“When I announced yesterday that I’m running for gov, one of Cuomo’s top surrogates dismissed me as an “unqualified lesbian.” It’s true that I never received my certificate from the Department of Lesbian Affairs, though in my defense there’s a lot of paperwork required.” 🤷‍♀️

She also helped to set up Fight Back New York in 2010 in an effort to level the senate playing field by working to defeat those who opposed same-sex marriages.

As she herself said in 2017 speech on the subject, “As LGBTQ+ people, we know how important coming out is. But I would argue that our coming out has never been more important than it is right now. Whether we are lesbian or gay or transgender Muslim or Mexican or any one of a number of other categories I could name, we are allies united by our otherness.”

Nicole Briese
Nicole is the weekend editor for Brit + Co who loves bringing you all the latest buzz. When she's not busy typing away into the wee hours, you can usually find her canoodling with her fur babies, rooting around in a bookstore, or rocking out at a concert of some sort (Guns N' Roses forever!). Check out all her latest musings and past work at nicolebjean.com.
Celebrities
Gender Issues
Celebrities Gender Transgender
More From Gender Issues