‘Dancing with the Stars’ Pros Val Chmerkovskiy and Jenna Johnson Are Engaged! 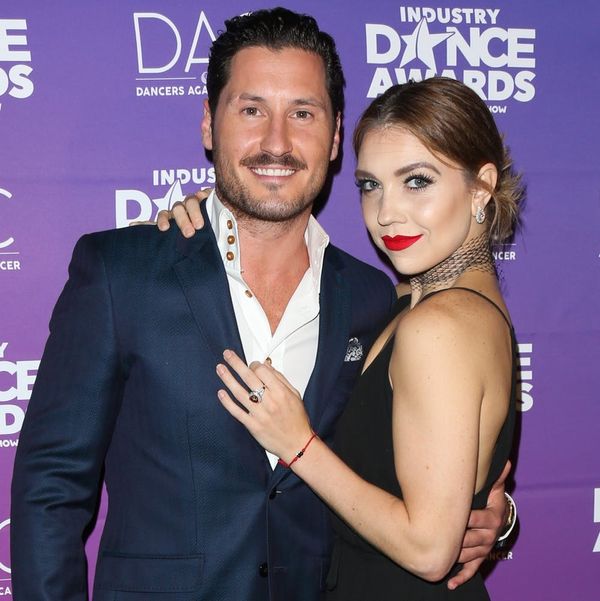 It’s another Dancing With the Stars engagement! Val Chmerkovskiy proposed to longtime girlfriend and fellow DWTS pro dancer Jenna Johnson, and the pair shared the news with beautiful pics of the proposal — with some sweet words to match.

“I knew the moment I met you, you were the man of my dreams and I wanted to be with you forever,” Johnson captioned a pair of Instagram photos. The pictures show Chmerkovskiy getting down on one knee in front of a beautiful terrace in Venice, Italy. A band plays in the background while onlookers smile and applaud the couple.

“Babychka Мой любовь thank you for making my fairytale come true today! Cannot believe I get to call you my FIANCÉ!!!!”

Chmerkovskiy also shared the photos on Twitter, writing, “I can’t wait to make you my wife,” along with the heart and crown emojis.

The couple also gave us a glimpse at her cushion-cut diamond ring from Jacob & Co. in a shot taken by her paramour.

The DWTS dancers quietly dated throughout 2015 and 2016, keeping their maybe-relationship out of the public eye. But by 2017, the couple was ready to open up a little more about their off-camera lives, even sharing a kiss on the season 25 finale.

Chmerkovskiy’s brother, Maksim, is also married to his DWTS colleague Peta Murgatroyd, and the pair welcomed their first child in January 2017. Maksim even used his ABC stage to propose to his now-wife in 2015.

Chmerkovskiy and Johnson’s engagement comes after some exciting news from other DWTS pros in recent months. In March, Emma Slater and Sasha Farber tied the knot, and in May, Cheryl Burke revealed she was engaged to boyfriend Matthew Lawrence. Congrats to the happy couple!

Were you happy to hear Val and Jenna were engaged? Let us know @BritandCo!