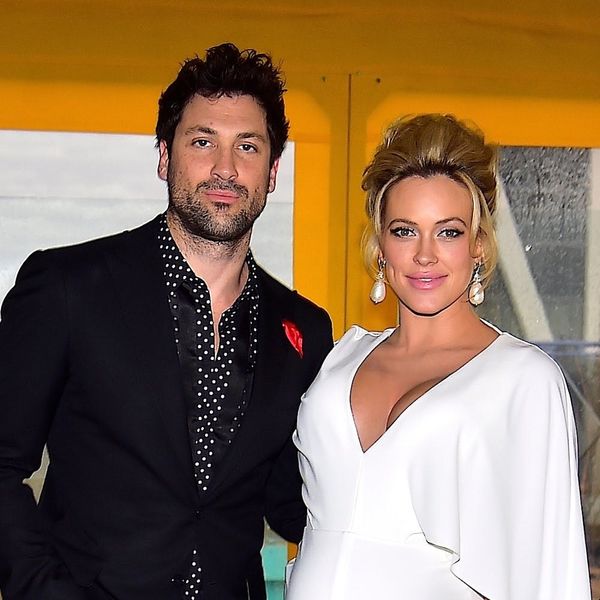 Dancing With the Stars’Peta Murgatroyd and Maksim Chmerkovskiy definitely know how to spin impressively around the stage, but let’s hope they’re just as skilled at maneuvering in a nursery, because the couple has just welcomed their first baby.

Fans have been on high alert since Maksim first posted a hurried video yesterday, which most assumed was the duo on their way to the hospital. Their suspicions were confirmed when the 36-year-old posted a pic showing 30-year-old Peta in a hospital bed prepping for the big moment. Though the caption proved she had something else on her mind with Maksim adding, “But first…a little make up 😝”

This morning, the news finally came with Maksim tweeting, “Shai Aleksander Chmerkovskiy 01/04/17 5:34am.” Yay! And what an adorable name!

Both parents will be taking some time off to spend with their new little bundle of joy, with Maksim telling People, “I come from a dirt broke family. I just started to be able to afford things in 2005 when [DWTS] started. For me to be able to take time off in this way … [to have] what we have to enjoy and be proud of, that’s anybody’s dream.” So sweet!

Welcome to the world, Shai! And congratulations, Maksim and Peta!

Did you want your makeup to be on-point while giving birth or was it more of a DGAF moment? Tweet us @BritandCo!

Desiree O
Desirée O is a ‘Professional Bohemian’ who loves anything and everything related to the arts, entertainment, and pop culture. She ADORES being a ‘Newsy’ for Brit + Co, covering all of the latest tidbits of awesomeness that you want to read about. When she’s not writing, she’s either making messy art, going on long adventurous walks with her camera, or poking around over at bohemianizm (http://www.bohemianizm.com/). You can find out about Desirée O and her work at http://DesireeO.com/ or follow her on Twitter @DesireeO.
Celebrity Baby
Baby Names
Celebrity Baby Celebrity Baby Names