The “Dancing With the Stars” Season 25 Cast Has Been Revealed, and the Competition Is Fierce! 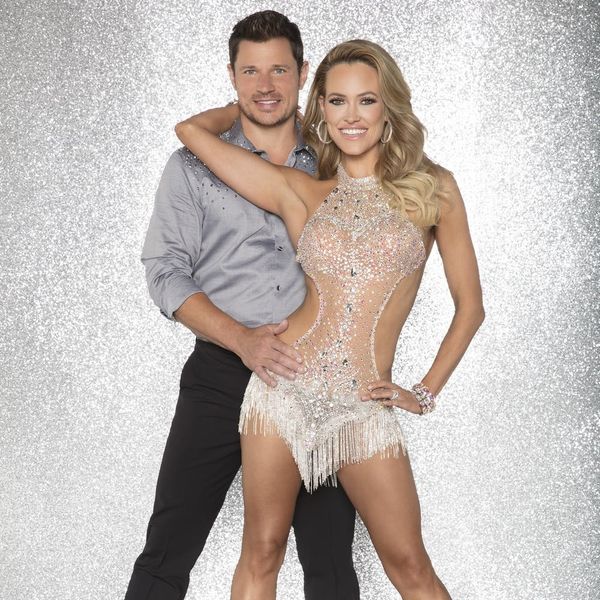 The 25th anniversary season of Dancing With the Stars is shaping up to be a good one. Last week, ABC announced that Property Brothers star Drew Scott would be hitting the dance floor with Emma Slater, and now the rest of the cast has been revealed too — and the competition is going to be fierce.

Also heating up the ballroom? Former NFL star Terrell Owens will be teaming up with Cheryl Burke, violinist Lindsey Stirling will dance with Mark Ballas in his grand return, singer Jordan Fisher will be stepping out with Lindsay Arnold, and Debbie Gibson will tango with Alan Bersten.

Other TV personalities who will be vying for the Mirrorball include the previously mentioned Drew Scott (with Emma Slater), actor Frankie Muniz (with Witney Carson), and Pretty Little Liars’ Sasha Pieterse (with Gleb Savchenko).

We’re probably most excited, though, about IRL couple Nick and Vanessa Lachey competing against each other with another married duo, Peta Murgatroyd and Maks Chmerkovskiy. Like we said: FIERCE competition! “I’ve actually moved out of the house for the duration of the season, just to keep the peace,” the 98 Degrees singer joked, before his wife quickly dismissed that claim in order to (hopefully) prevent any misguided rumors.

We’ll have to wait and see if they’re able to still keep things friendly when Dancing With the Stars returns to ABC on Monday, September 18, at 8pm ET.

Who are you excited to watch on season 25 of Dancing With the Stars? Let us know @BritandCo!

Desiree O
Desirée O is a ‘Professional Bohemian’ who loves anything and everything related to the arts, entertainment, and pop culture. She ADORES being a ‘Newsy’ for Brit + Co, covering all of the latest tidbits of awesomeness that you want to read about. When she’s not writing, she’s either making messy art, going on long adventurous walks with her camera, or poking around over at bohemianizm (http://www.bohemianizm.com/). You can find out about Desirée O and her work at http://DesireeO.com/ or follow her on Twitter @DesireeO.
Fall TV
TV
Fall TV