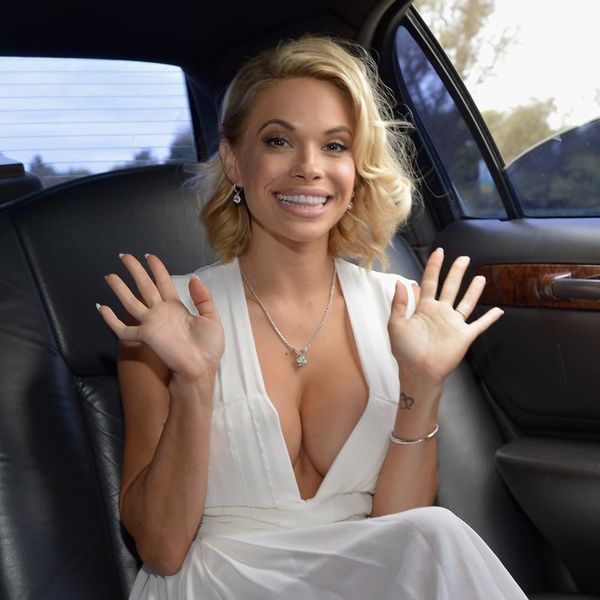 As we learned last November, Dani Mathers faced a pretty hefty potential sentence (we’re talkin’ about six months in jail and a $1,000 fine) for her body-shaming pic of a naked 70-year-old woman at her gym, which she posted to Snapchat last July. And while the Playboy model attempted to have the charge dropped as her court date came closer, yesterday she finally faced the consequences of her actions.

According to the Daily News, Mathers was charged with “misdemeanor invasion of privacy under a California law that prohibits the secret recording or photographing of an ‘identifiable person’ in a home, changing room or tanning booth without the subject’s consent.” After initially pleading not guilty in November, today, Mathers pleaded no contest to the charge and was sentenced to community service, restitution, and probation.

This means that Mathers will be spending 30 days on graffiti removal duty while also paying the victim $60 in restitution so the woman can replace her backpack, which could be seen in the model’s Snapchat post and therefore might be used to identify the woman IRL. On top of this, the 30-year-old will spend 36 months on summary probation (meaning since she’s not deemed a danger to others, she doesn’t have to check in with a probation officer). She was also ordered not to take any unauthorized photos that invade a person’s privacy, which should be pretty darn obvious by this point, TBH.

“She never imagined it would get this out of control,” Mathers’ attorney, Thomas Mesereau told BuzzFeed News. “She freely admitted it was a mistake. She apologized before any case was filed.”

However, Los Angeles City Attorney Mike Feuer said that Mathers needed to be held accountable for her body-shaming crime, saying, “This was a very important case to me — as a father, as a son, as someone who recognizes the damage body-shaming can do.”

While some may argue Mathers deserved a harsher punishment (and others still don’t feel like she should be punished at all for what she claimed was a mistake), let’s just hope she learns from this experience.

What do you think about Dani Mathers’ sentence? Let us know @BritandCo!