Despite What Some Pundits Are Saying, Hate Crimes Aren’t Just Real — They’re on the Rise 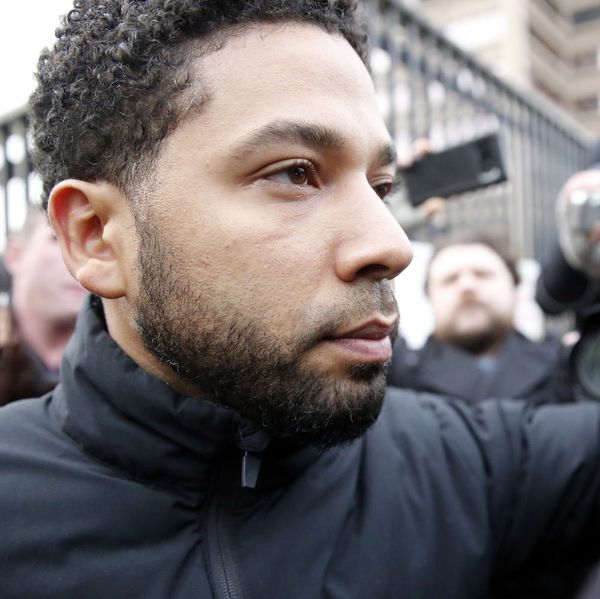 Empire actor Jussie Smollett has been arrested over an alleged hate crime that police now believe was staged. The January police report filed by Smollett, who is openly gay and Black, detailed the use of homophobic and racist slurs by his purported assailants in an overnight attack. Now the actor stands charged of a felony for filing a false police report, which could lead to jail time if he’s convicted.

And although the story has taken a shocking (and sad) turn), it has led some people with agendas of their own to question the veracity of hate crimes, period.

Alright, this particular hate crime turned out to be a hoax, but let's remember, ALL OF THEM are hoaxes. #Smollett

“Alright, this particular hate crime turned out to be a hoax,” right-wing political pundit Ann Coulter tweeted on Thursday. “But let’s remember, ALL OF THEM are hoaxes.”

Coulter isn’t alone in this thinking. Though he stopped short of dismissing all reported hate crimes as fake, National Review writer Kyle Smith argued that all purported hate crimes should be viewed with a healthy dose of skepticism until they can be unquestionably proven to be true. Their occurrence, according to FBI data cited by Smith, is exceedingly rare.

But in attempting to discount the prevalence (or sheer existence) of hate crimes, Coulter, Smith, and other conservative pundits are ignoring alarming statistics. Data not only shows that these kinds of targeted attacks on marginalized communities are real, but that they’re on the rise. The numbers are a concrete reminder of the damage that racism, homophobia, and sexism are causing to our legal system and our citizens.

While Smith acknowledged the FBI’s database of hate crime statistics, and the year-over-year increase in those stats over the last several years (starting in 2015), crimes violent enough to be added to the FBI’s database comprise only a small number of the total hate crimes that take place in the country. But the FBI’s limited data still points to a problem. According to its 2017 report (the last available online), hate crimes increased by 17 percent that year, amounting to nearly 20 documented hate crimes per day.

2017 stats from the Department of Justice show that more than half of known hate crime offenders are white, and over 60 percent of these crimes are committed against individuals (as opposed to property). From these numbers, a picture of interpersonal violence begins to emerge. But the statistics don’t tell us everything: The DOJ estimates that more than 50 percent of hate crimes likely go unreported.

There has also been a documented spike in identity-targeted violence against Jewish Americans. In November 2018, then-Attorney General Andrew Whitaker released a statement saying he was “troubled” by newly-released 2017 data that pointed to a rise in anti-Semitic hate crimes. But while there is no definitive explanation for why these crimes continue to rise, there are theories that connect the dots between racist political rhetoric, angry online communities, and attacks across the country.

Jonathan Greenblatt, CEO of the Anti-Defamation League, told CNN last December that the increase in the “mainstream acceptance of hate speech and online hate” has had an effect on the general public, adding that words have consequences.

Maya Berry, the executive director of the Arab American Institute went even further, putting the blame squarely on President Donald Trump’s shoulders. “The President of the United States, both from his social media presence and his remarks during formal White House events, is regularly referring to fear as a motive for policy,” she told CNN. “We’re seeing the presidential bully pulpit being used to divide and spread fear, and without question that has consequences in real peoples’ lives.”

While we might not ever know if or why Smollett allegedly faked his own attack (which the actor so far denies), his story shouldn’t cloud the very real effects of racial, religious, and sexuality-based violence that people face every day in the US.