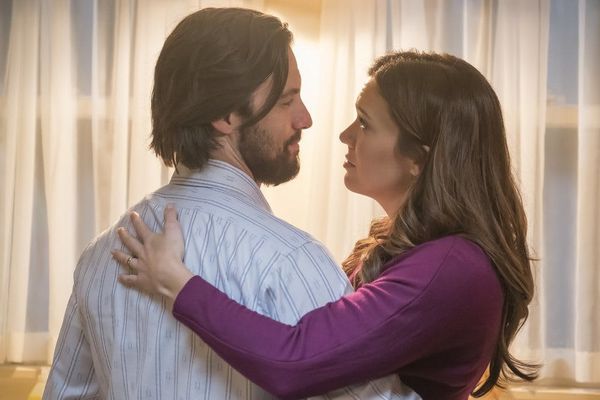 This Is Us is filmed in Los Angeles, but much of the story takes place in Pittsburgh, the city where a gunman recently opened fire in a synagogue, killing 11 people. In tribute to their fictional hometown and the victims of the shooting, the show included a message to Pittsburgh at the end of the Tuesday, October 30, episode.

The title card at the end of last night’s episode of #thisisus. We 💗 you, Pittsburgh. Be sure to text JEWISHPGH to 41444 to donate to Victims of Terror Fund to support the Pittsburgh Community after this unfathomable act of violence and hatred. 💗💗💗

In the final seconds of the NBC drama, an end card about the tragedy at the Tree of Life synagogue appeared on screen. “Our hearts are broken,” it read. “We stand with our television hometown of Pittsburgh.” The message also included a call to end gun violence. “To learn more about ending gun violence, visit everytown.org.”

Following the episode, the show’s creator and executive producer, Dan Fogelman, took to Twitter to reiterate the message. “Pittsburgh is our #ThisIsUs hometown,” he wrote. “If you’d like to donate to Victims of Terror Fund to support the Pittsburgh community, please text: JEWISHPGH to 41444.” Some of the show’s stars, including Justin Hartley, Susan Kelechi Watson, and Mandy Moore, amplified the message, retweeting it to their followers.

This Is Us spans multiple storylines and decades, but the city of Pittsburgh, Pennsylvania, is where the Pearson kids were raised and where many of the flashback scenes take place. Jack, Rebecca, and the Big Three are diehard fans of the Pittsburgh Steelers football team, and early on in the series, many of the fan theories around Jack Pearson’s eventual death suggested that he might have died in a plane crash, pointing to the real 1994 crash that happened just outside of Pittsburgh.

What do you think of This Is Us honoring its TV family’s hometown? Let us know @BritandCo.