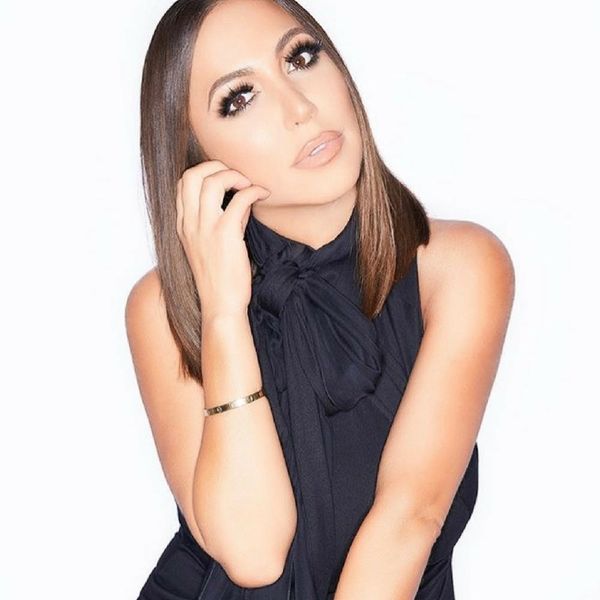 Since before the new year even started, the internet has been buzzing about Glam Masters, a Lifetime reality competition show which premieres on February 28th. The show is set to be the aspiring makeup artist’s answer to Amerca’s Next Top Model, inviting beauty bloggers to face off against one other in a head-to-head battle to join Kim Kardashian’s “glam empire.”

Co-executive produced by Kardashian herself, the beauty competition show will be hosted by Orange Is the New Black star Laverne Cox and judged by a crew of beauty insiders that includes Kardashian’s own makeup artist. The show is the first of its kind, and we have its creator and co-executive producer Diana Madison to thank.

If Madison’s name sounds familiar, it might be because you might have seen her working awards show red carpets on E! and Entertainment Tonight, and through her own entertainment media empire. Despite her veteran chops, reality TV is a fairly new format for the 35-year-old. Madison says it wasn’t until she overheard her own makeup artists gush that they wanted to be discovered by Kardashian that she recognized the makings for an unscripted competition show. She reached out to Kardashian and the rest, as they say, is history.

The road to Glam Masters has been nearly two decades in the making; Madison got her first entertainment industry gig at age 18, and speaks frankly about the challenges of making your name as a woman.


“It’s not easy being a woman in any industry and it’s always harder for women to be taken more seriously, as men get more pay and respect,” Madison says.

That didn’t stop her from trying. In 2007 she co-founded the syndicated television newsmagazine Hollyscoop, which became the basis for a media company, Shandy Media. Then in September 2015, Shandy Media was absorbed into Obsev Studios, a multimedia digital entertainment platform that aims to be a one-stop content shop for the pop culture-obsessed consumer.

Alongside her husband and Obsev Studios CEO Raymond Attipa, Madison has produced a portfolio of online shows. But Glam Masters signals a shift in direction, hopefully leading toward more reality shows, scripted shows, and even feature films.

Did a fun Q & A with fertility specialist @drshahinghadir about all things related to having babies to freezing your eggs. This video is very informative for anyone wanting to have babies to anyone who is thinking about freezing their embryos. Link in bio! #dianadiaries #Tuesday #goodmorning #coffeetime #coffee #drshahinghadir #dr #pregnancy

From the outside, Madison’s career path seems unusually blessed. But the entertainment entrepreneur echoes a common refrain among successful women in her industry: that while she has been one of the lucky ones to have forged the career she wanted, she — and most women — have to fight twice as hard to advance and survive.

Yet, Madison believes in the value of persevering through failure. “If something doesn’t happen for you right away, remember it’s not a setback,” she advises. “I believe that life is setting you up for something bigger — you just have to be patient and believe it’s coming.”

Amanda Scriver
Amanda Scriver is a passionate storyteller and body image advocate based out of Toronto, Canada. When she isn't writing for various publications, she finds time to Keep Up With The Kardashians while partaking in life's greatest pleasure: the chip buffet. Don't ask her what her favorite restaurant is, it's complicated
Ladies First
Beauty News
Ladies First TV