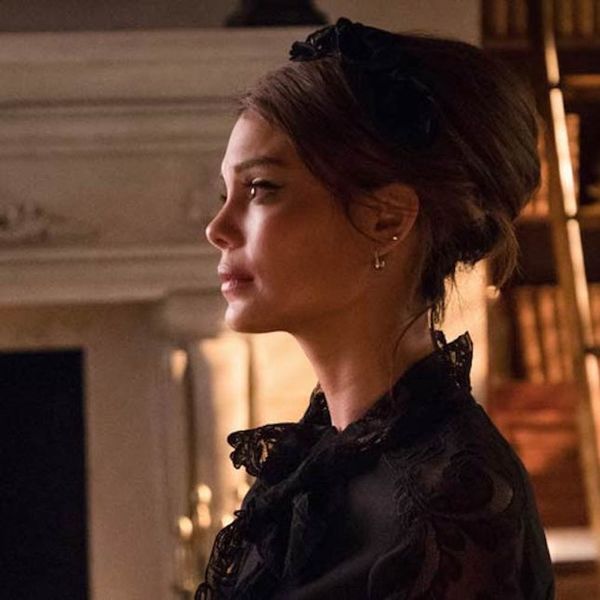 After a wild premiere episode, Dynasty followed up with an uneven episode, “Spit It Out,” which saw the Carringtons forced to come together to protect themselves against the investigation into Matthew (Nick Wechsler)’s death.

It turns out Matthew’s death is being investigated as a homicide. And while of course it is, because this is a primetime soap opera, it still feels a little far-fetched that the FBI would be investigating a thumper truck malfunction (which is what caused a shard to strike the wind turbine, causing the explosion).

The top two suspects are Blake Carrington (Grant Show), for trying to take out a romantic rival (he did try to have Matthew transferred to China the day before Matthew’s death), and Jeff Colby (Sam Adegoke), for trying to drive down the price of Windbrier and cause trouble for Carrington Atlantic, allowing him to swoop in and buy it out from under CA on the cheap.

So the Carringtons are working on forming a united front, starting with Cristal needing to assure the cops that her involvement with Matthew predated her relationship with Blake. To that end, Fallon is scrambling to delete the photo of Cristal and Matthew from her phone, because it contradicts Cristal’s story.

Cristal, to her credit, goes from hysterical grieving secret widow to bad-ass company woman in the span of 40 minutes. She’s a Carrington now, and that comes with a lot of responsibilities, the first of which is to protect the family.

Blake is also a busy little beaver, trying to keep up the appearance of a concerned, caring boss. He pays Matthew’s widow $500,000 and offers to also cover the funeral and host the wake. Claudia (Brianna Brown) and Matthew’s partner Willie (Dave Maldonado) know that Blake is full of crap, but Claudia takes his money anyway, because what other choice does she have? With Matthew gone and her medical condition being what it is, she doesn’t have a lot of options.

In the end, though, neither Blake nor Jeff is arrested for Matthew’s death — it’s Steven (James Mackay) who is taken away in handcuffs.

What did Steven have to do with anything? It came so out of left field that I actually rewound the DVR to make sure I didn’t miss anything important in Steven’s scenes. But based on Twitter’s reaction, nobody saw that one coming.

My face when Steven was arrested. #Dynasty pic.twitter.com/07keBqwUhO

What did you think of the episode? Tell us @BritandCo!