‘Dynasty’ Recap: ‘Tis the Season for Secrets and Blackmail 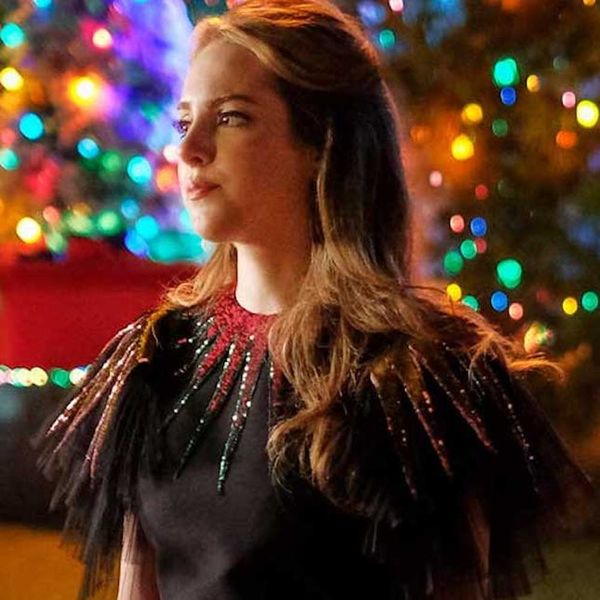 It’s a rare feat when a show can pull off a Christmas-y episode that has both heartwarming moments and some palace intrigue. The last one that springs to mind is “An Echolls Family Christmas” in season 1 of Veronica Mars. And while Fallon getting the drop on Sammy is no Aaron Echolls getting stabbed by his mistress at a Christmas party, Dynasty still turned in a solid offering this week.

The main Carrington plot is that Fallon and Blake are sort of competing to see who can give their clients the best present at Atlanta’s tree-lighting ceremony. Sam tries to stick his nose in and hijack Fallon’s present, but a Double-A player is nowhere near ready for the majors, so Fallon gets the better of him. All the tree-lighting hullabaloo really does is set up Fallon and Jeff Colby to face off with Michael and Cory again. Clearly, Fallon and Michael are not over each other, but the difference is that Cory minds and Jeff most certainly does not.

Cory tells Michael she’s done with him, whereas Jeff tells Fallon, “Use me,” and they have sexy time in their office. It’s an interesting love triangle because Fallon obviously really cares for Michael, but Jeff is a much more practical boyfriend in terms of her business life. I wonder what will happen, though, when Jeff turns on Steven?

Jeff has a recording of Stansfield telling Steven about the inspection he did incorrectly that led to a man’s death on an oil rig, the accident Blake has tried so hard to keep secret from Steven because he knew it would destroy Steven to know he’d caused someone’s death. For now, Jeff does Steven a solid and gets Stansfield out of town. But that is only going to last so long, obviously.

Meanwhile, on the Machado side of things, Cristal is being blackmailed by the people she stole money from in Venezuela. Anders gets wind of this and decides to help her in order to protect the family, so the two of them pay $300,000 to the mysterious criminals. However, Anders’ loyalty doesn’t extend to lying to Blake, so when he finds out Cristal is making sure she can’t get pregnant, he rats her out to Blake about having an IUD.

Cristal is rightly furious about them accessing her medical records, while Blake is also rightly furious that she keeps lying to him. You would think that after her sex tape she would realize Blake is in this for the long haul and just come clean about everything, but no.

Anyway, it turns out she and her sister stole the money to pay for a doctor when Cristal miscarried after Iris’ abusive boyfriend threw her onto a coffee table. Blake understands completely and we put the baby talk to rest.

But Blake does want something else — Iris. He acts like he wants to reunite the sisters for the holidays, but really he wants to grill Iris and find out what else he doesn’t know about Cristal’s past.

And finally, Steven is so distraught after learning that he is responsible for someone’s death that he starts snorting cocaine and calls up his ex-boyfriend. Oh, Steven. This is not going to be pretty.

This episode had excellent musical cues. The covers of “Maneater” and “Love is a Battlefield” were great.

Love the little side plot about Fallon keeping the lights on for Atlanta’s public libraries… by making her dad pay for it for the next five years. Fallon’s heart grew three sizes that night and she didn’t even have to pay for it — plus she got to stick it to her dad in front of a huge crowd of people. Win, win, win!

Apparently, the Venezuelan mob sends fish heads instead of horse heads. I gotta say, they are easier to transport.

Anders: “I knew you had a… fishy past, but real fish? That’s a bit on the nose.”