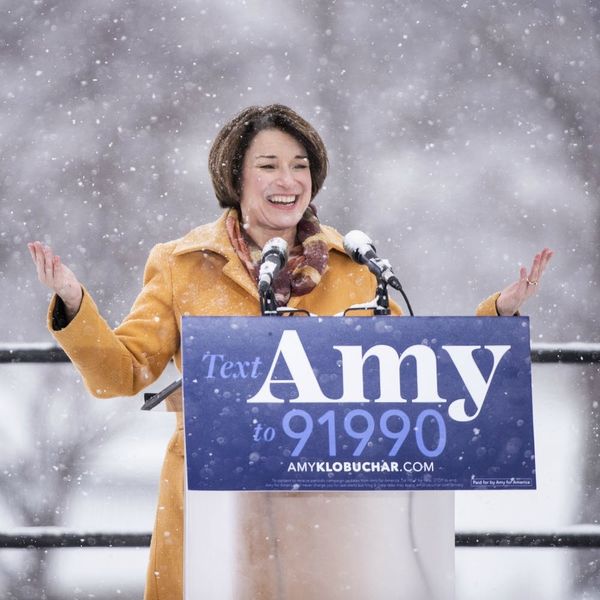 With back-to-back announcements over the weekend, Senators Elizabeth Warren and Amy Klobuchar are officially joining the Democratic race to unseat President Donald Trump in 2020, raising the number of women candidates to an unprecedented six.

Warren had already informally made her intention to run for president known when, in December, she announced she was forming a presidential exploratory committee — essentially a near-guarantee that a campaign announcement would soon follow. While Klobuchar’s announcement may come as more of a surprise, the Minnesota senator has been hinting at a run for years. In January, she told MSNBC that she had “made very clear” that she was thinking about it.

In what’s become the most diverse group of politicians running for president, both senators shared their differing visions for America, showcasing the two camps within the Democratic party: Warren’s message about the fight ahead, which positions the Massachusetts senator as a change-maker, against Klobuchar’s snowy declaration of political unity and bridge-building.

“I’m tired of hearing that we can’t afford to make real investments in child care, college, and Medicare for All. Can’t afford things that help create economic opportunity for families,” Warren said to the gathered crowd in Cedar Rapids, Iowa. “We are the wealthiest nation in the history of the world — of course we can afford these investments. But we need a government that makes different choices, choices that reflect our values.”

In contrast, Klobuchar — standing in a snowstorm near Minneapolis’ recently rebuilt I-35W bridge (the site of a deadly 2007 bridge collapse) — told supporters her goal was to heal and renew a commitment to the common good.

“Today, on an island in the middle of the mighty Mississippi, in our nation’s heartland, at a time when we must heal the heart of our democracy and renew our commitment to the common good, I stand before you … to announce my candidacy for president of the United States,” Klobuchar said, adding: “Let us cross the river of our divides and walk across our sturdy bridge to higher ground.”

These two divergent messages — one of repair versus one of reform— seem to be the two themes coming out of the Democratic camp heading into the next election cycle. It remains to be seen which camp will win out or, to be more precise, which one voters will favor heading into 2020.