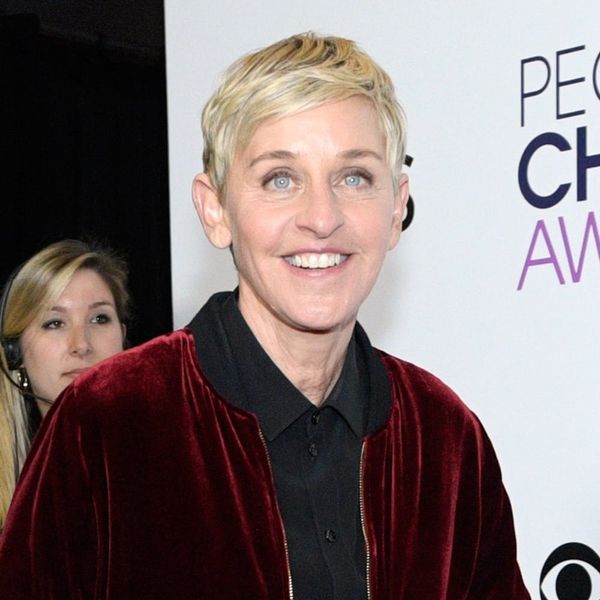 Over the past few weeks, Taylor Swift has been steadily leaking behind-the-scenes footage from her record-breaking “Look What You Made Me Do” video. We saw her undergo that mind-blowing zombie transformation, for starters, and also learned how she managed to create that tower of clones. Our favorite “behind-the-scenes” moment, however, is not from Swift, but from her pal Ellen DeGeneres.

The talk show host spoofed the video in all its glory in what she joked was cut footage from the initial shoot. “I was in the original. Apparently, she cut me out… She’s threatened by me sometimes,” DeGeneres told her audience during Friday’s show.

She didn’t let it get her down, though, and quipped, “Nice try, Tay-Tay, ’cause I got my hands on the real video, and I’m gonna share it with all of you for the first time.”

Without further adieu, the 59-year-old debuted her version of the vid, which features the comedian sitting across from the pop star in that $10 million diamond bath. In the hilarious scene, she shrugs off the “…Ready for It?” singer’s spiteful lyrics as she mimics her moves and flings jewels out of the bathtub.

She also makes a cameo in the now-infamous phone call scene, cutting to a shot of herself (still in the tub, natch) on the other end of the telephone line, saying, “Hey Tay-Tay! I have a little question for you!”

When the 27-year-old says that she can’t come to the phone right now, the Finding Dory star is shocked to hear that the old Taylor is dead, asking, “Well, then, who am I playing footsie with?”

In another scene, she brings her own posse to rival T.Swift’s lineup of clones in the airplane hangar. “I brought my girls too! What’s up, ladies?” she says, before the screen cuts to her row of doppelgangers: Tipsy Ellen, Karla Kardashian (“She is a hot mess, I’ll tell you that”), Trixie Ellen, Cowboy Ellen, Glamorous Ellen, Magic Michelle Ellen, and last but not least, Twerking Ellen. “We out,” she says.

Prior to showing the spoof, DeGeneres issued a challenge to anyone who’s seen Swift’s video, which has more than 425 million views on YouTube. She asked everyone who watched the vid to donate $1 to Hand in Hand, a benefit for hurricane relief.

Check out the video in full below.

Who did it better: Ellen or Taylor? Cast your vote over @BritandCo.

Nicole Briese
Nicole is the weekend editor for Brit + Co who loves bringing you all the latest buzz. When she's not busy typing away into the wee hours, you can usually find her canoodling with her fur babies, rooting around in a bookstore, or rocking out at a concert of some sort (Guns N' Roses forever!). Check out all her latest musings and past work at nicolebjean.com.
Celebrities
Music
Celebrities Music Taylor Swift
More From Music