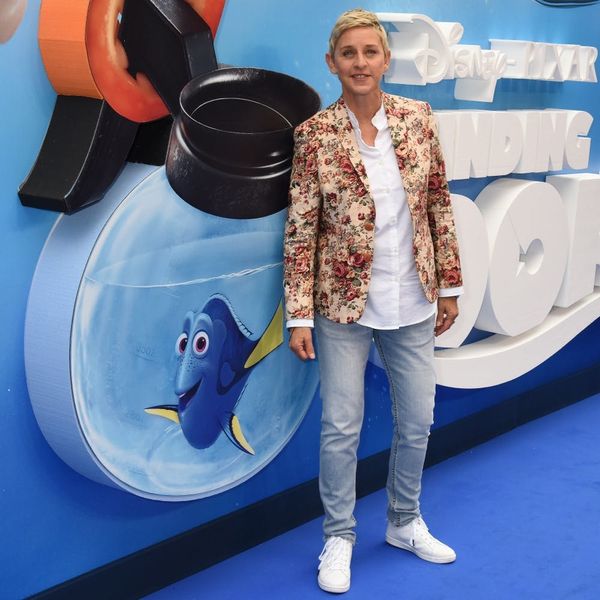 Ellen DeGeneres totally gave us ALL of the feels with her thank you and goodbye video to Obama, and now, though she says she’s not usually a political person, she’s used the plot of her super popular movie, Finding Dory, to perfectly explain why the Muslim ban is wrong.

Claiming that she was NOT in fact getting into the political sitch while chatting with her audience and fans at home, Ellen focused instead on the beloved movie which is totally relevant at the moment — though you might not at first see how.

If a little one in your life is looking for some clarification on what’s happening in the country right now (or if you are merely looking for a simple way to understand and break it down for yourself), you really need to check this out.

Ellen explains that Dory herself lives in Australia, though her parents are in America, and the little fishy and her friends, Marlin and Nemo, face a large wall attempting to keep them out of the Marine Life Institute. “You won’t believe it,” Ellen says, “That wall has almost no effect on keeping ‘em out.”

Ellen goes on to explain that not only are Marlin and Nemo there to help out their friend, but all sorts of animals come to the little fishy’s aide. “The other animals help Dory. Animals that don’t even need her. Animals that don’t even have anything in common with her. They help her even though they’re completely different colors because that’s what you do when you see someone in need. You help them.”

What do you think about Ellen’s Dory story? Tweet us @BritandCo!