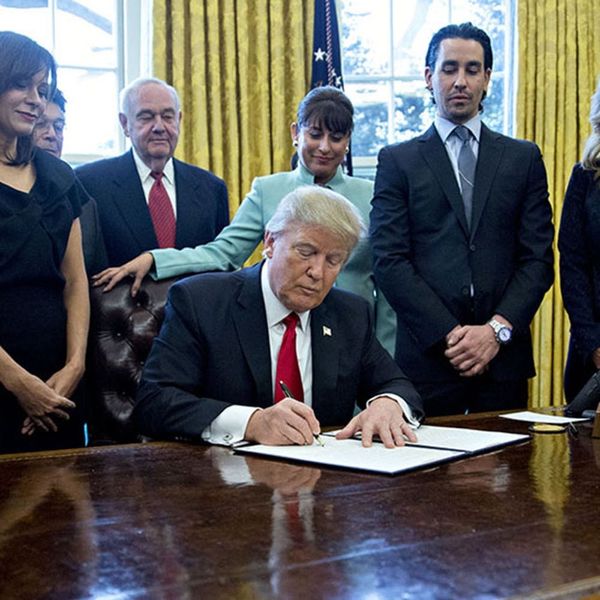 On Friday, President Trump signed an executive order temporarily banning non-US citizens from Iraq, Syria, Iran, Sudan, Libya, Yemen and Somalia from entering the United States for 90 days. The order also suspended the US refugee program for 120 days and indefinitely blocks Syrian refugees from entering the United States. The order has been widely dubbed a “Muslim ban” since the affected countries have majority-Muslim populations.

Trump’s decision has shaken up Americans all across the country. And even though Friday was only three days ago, a lot has transpired since then. If you’re currently feeling overwhelmed with all the information flooding your newsfeed, here’s a straightforward timeline of everything you need to know.

To those fleeing persecution, terror & war, Canadians will welcome you, regardless of your faith. Diversity is our strength #WelcomeToCanada

Surge pricing has been turned off at #JFK Airport. This may result in longer wait times. Please be patient.

We will continue to update as major events surrounding this ban transpire.