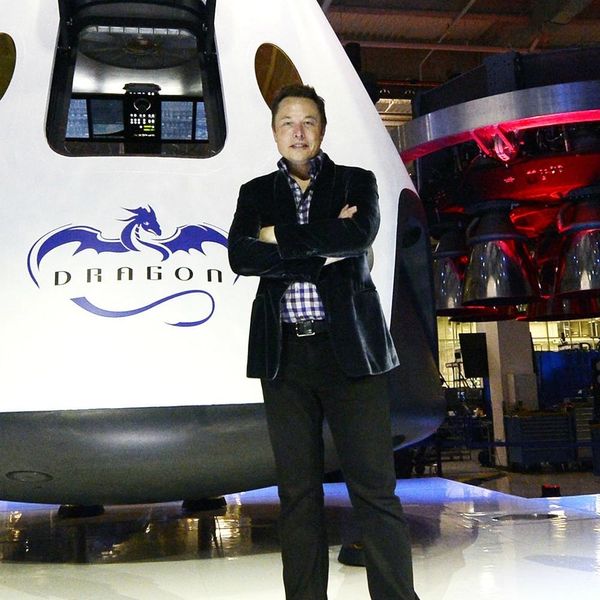 Just after Thanksgiving weekend, the Wall Street Journal declared that Elon Musk‘s electric car company Tesla is one of Silicon Valley’s most sought-after workplaces for young job seekers today. The news comes in spite of recent allegations of workplace safety violations against the company. (The company says its workplaces are safe and worker injuries are low.)

Not one to shy away from publicity for his growing roster of tech companies, Musk retweeted the story, explaining that the work he does is difficult, but fulfilling.

“There are easier places to work,” he wrote, “but nobody ever changed the world on 40 hours a week.” Musk also declared that doing what you love won’t feel like work, even if that’s all you do with your life. Later in the thread, Musk said that we should be working up to 100+ hours a week to make change in the world (though he acknowledges that the “pain level” of such overwork “increases exponentially” after the 80-hour threshold).

While Musk’s work ethic may seem commendable at first glance, his insistence that an impactful life means putting in job hours up to two-and-a-half times the average work week is harmful. It’s particularly dangerous for women, who already face more out-of-office work than their married counterparts, whether or not they’re married or even have children.

Not to say that Musk is alone in his outlook. In her somewhat infamous book, Lean In, Facebook’s Chief Operating Officer Sheryl Sandberg instructed women to “lean into” their careers to be taken seriously and forge ahead in a male-dominated world. She had a nursery installed in her office when her baby was born, and burned the proverbial candle at both ends. Sandberg has extolled the virtue of doing it all to have it all, but research suggests that “leaning in” is actually terrible for women.

In their study, “Lean In” Messages and the Illusion of Control, Duke University researchers Grainne Fitzsimons, Aaron Kay, and Jae Yun Kim studied the effectiveness of women’s “leaning in” — essentially, working relentlessly within often male-dominated structures and doing whatever it takes to fit in. The researchers also probed whether it may be better, instead, for women to focus on addressing institutional inequity and working in ways that benefit them as a collective.

In six separate studies with 2,000 participants, the researchers found that, at best, “leaning in” offers a sense of personal agency to those of us striving to build our careers. At worst, they argued, it further burdens us and holds us back by perpetuating the false belief that professional gender imbalances are our own fault. In other words, the idea that working more hours, or playing into a toxic work environment, will benefit women is false.

In fact, according to the UN, women already work 2.6 times more than men, due to our expected domestic and emotional output. And although we tend to take close to 50 percent more sick days than men, it’s mostly to care for family members, and not ourselves.

When we are at work, we are expected to do the entirety of our paid work and we’re more likely to be expected to manage the emotional workload that comes with being in an office environment. Women, regardless of our position within a company, are expected to plan parties and manage other social events, and even act as emotional support for peers and colleagues. To top it all off, we must also manage people’s emotional responses to our very presence.

The mere implication that anyone should be working up to 100 hours a week, especially when research shows women already are, ignores the very real work women are doing both inside and outside our workplaces. Demands for more from an already overworked and undervalued workforce isn’t going to change the world for the better. It will probably do the opposite.

Kat Armstrong
Kat has been a writer, social media maven and mom for longer than she's willing to admit. She's also spent time in front of and behind the camera, interviewing celebs, politicians and acting as a producer for fashion and artistic photography shoots. When she isn't writing for various orgs and publications, she's hanging with her kids, husband and French Bulldog, Peter, in Toronto, Canada.
Career
Gender Issues
Career Controversy Tech News