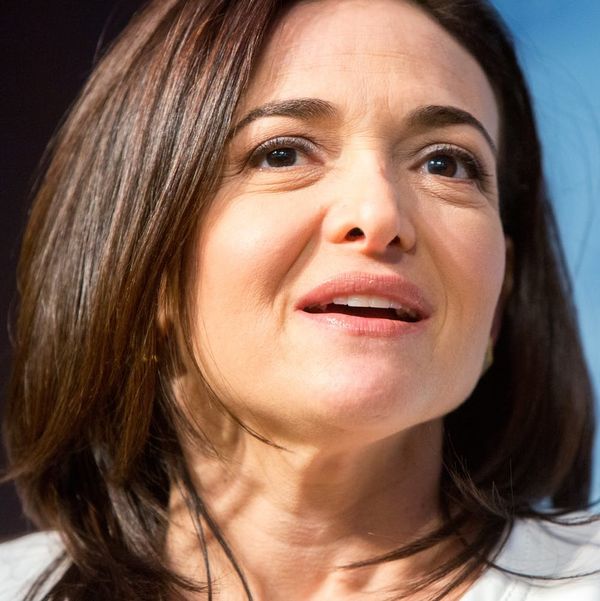 Sheryl Sandberg’s breakthrough book, Lean In: Women, Work and the Will to Lead made a star of the Facebook COO. Her career advice to women in the book is simple: to behave like the men they work with and “lean into” their careers in order to succeed. While her advice has had some detractors, there’s no denying how well the powerful COO has fared in her career, which is why it may be surprising to learn that she, too, has been sexually harassed in the workplace. But she understands why this problem continues to exist: uneven power between the sexes.

In a Facebook post on Sunday, Sandberg admits that although she’s never been harassed by a man she directly reports to, she has been harassed “in the form of unwanted sexual advancements” by men in positions of power in companies she’s worked for. Time and time again, these men used their power positions as leverage to try to grope or otherwise instigate a sexual relationship with Sandberg — something she never gave an inkling of interest for.

“I didn’t work for any of these men,” Sandberg writes. “But in every single one of these situations, they had more power than I did. That’s not a coincidence. It’s why they felt free to cross that line.” And that line is still being crossed, even though now, at 48 years old, and as head of the world’s largest social media company, there are men who feel they have some power over her.

Using a play on a phrase used by President George H.W. Bush during the 1992 presidential campaign, “It’s the economy, stupid,” Sandberg says she believes that virtually all assaults happen for the same reason — power. Using the phrase, “It’s the power, stupid,” she admits that while we’re at a watershed in terms of sharing stories of harassment and uncovering exactly what so many women (and some men) go through, it’s not enough to just admit what’s been happening. Companies need to make a clear distinction between what is acceptable and what isn’t in the workplace.

With six key areas of focus, the exec says companies need to not only set clear parameters of what is not okay, but must properly train staff members on these parameters so there is no mistaking what’s warranted in the workplace. She goes on to say that believing victims and acting quickly to support their claims are very important, and that being decisive and empowering all employees to help each other are key ways that we can support women and all people who are victims of assault.

While Sandberg admits there is not going to be a simple resolution to the lifetimes of male-dominated industries, she points out that with so few women in positions of power, many male CEOs will feel uncomfortable right now showing preferential treatment to or mentoring women one-on-one.

“Doing right by women in the workplace does not just mean treating them with respect. It also means not isolating or ignoring them – and making access equal,” she says, telling the CEOs and men in power who may be reading that leveling the playing field today will make all the difference in getting more women into those positions of power. ” This is a critical moment to remind ourselves how important this is. So much good is happening to fix workplaces right now. Let’s make sure it does not have the unintended consequence of holding women back.”

And while Sandberg admits that putting women in all positions of power won’t solve the woes of society right now, having more women in power will make a difference in how many people feel safe at work and how much good work can get done when that happens.

“Many fewer people would be groped and worse while trying to do their jobs,” she predicts. “And that would be a major step in the right direction.”

What do you think about Sheryl Sandberg’s admission? Tell us @BritandCo!

Kat Armstrong
Kat has been a writer, social media maven and mom for longer than she's willing to admit. She's also spent time in front of and behind the camera, interviewing celebs, politicians and acting as a producer for fashion and artistic photography shoots. When she isn't writing for various orgs and publications, she's hanging with her kids, husband and French Bulldog, Peter, in Toronto, Canada.
Facebook
Current Events
Facebook