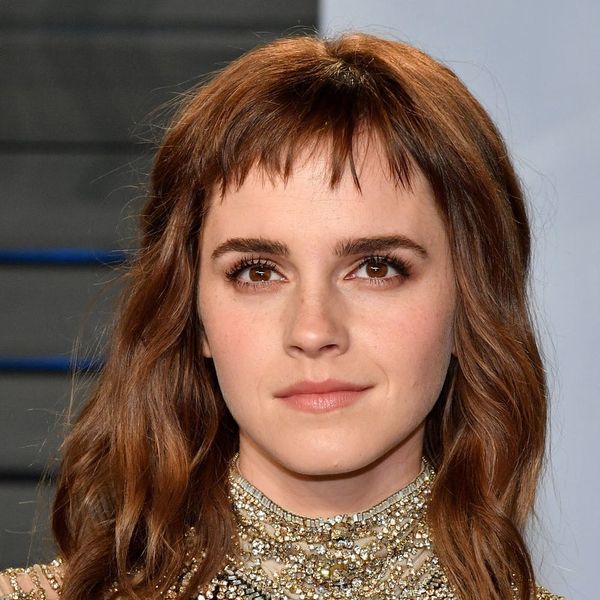 Unlike the 2018 Golden Globes, for which celebs donned all-black to show of solidarity for the TIME’S UP movement, the nods to political and social campaigns on the 2018 Oscars red carpet were far more subtle. But Emma Watson debuted what may have been the boldest accessory of the evening when she stepped out for Vanity Fair’s 2018 Oscars after party.

The Circle actress showed off her baby bangs and soft waves in a vintage Ralph Lauren Collection gown. It was the tattoo on her right forearm that stood out the most, however, with the 27-year-old showing off a script of the words “Times Up.”

Though the star took some flack over the missing apostrophe in the phrase, it definitely made a poignant statement against sexual harassment and abuse for women in the entertainment industry and beyond.

It’s unclear if the new ink was permanent or merely temporary, but knowing Watson’s passion for the cause, we wouldn’t be surprised if it was the real deal. The UN Goodwill Ambassador has been a vocal supporter of gender equality, often using her public platform to support those who have been the victims of injustices around the world. Just last month, she donated one million pounds to the Justice and Equality Fund (the UK’s equivalent to TIME’S UP).

Marai- what can I say. You were the best date on the most meaningful red carpet I have ever walked. Thank you for being so darn articulate and fun. Thank you for the trust, care, compassion and solidarity. I am so proud to say I work with #Imkaan and the End Violence Against Women Coalition and to be learning from you. Emma 💪 @jusmarai

The Harry Potter star also walked the red carpet at the 2018 Golden Globes with activist Marai Larasi and works with multiple other initiatives to help end violence against women across the globe.

What do you think of Emma’s bold Time’s Up tattoo? Let us know @BritandCo.

Arielle Tschinkel
Arielle Tschinkel is a pop culture junkie who went to NYU because the Olsen twins went to NYU (really). She is a freelance writer whose work has also been featured on HelloGiggles, Refinery29, SheKnows, Bustle, Hollywood.com, and many others; and she's living her dream one Britney Spears GIF at a time. Follow her on Twitter @mrstschinkel or visit her website at arielletschinkel.com.
Celebrities
Beauty News
Celebrities Feminism Oscars Red Carpet Tattoos
More From Beauty News