How Emojis Can Help Your Relationships 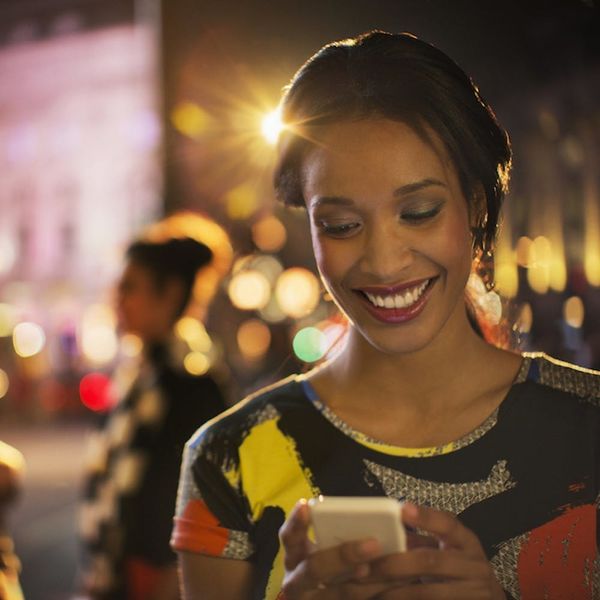 Texting is super helpful when it comes to relaying messages instantly (just never do it while driving or walking — unless your city has designated lanes), but it seriously sucks at capturing tone. You know, that certain feeling you put into a statement or a facial expression you make to let the recipient know you’re jk-ing, oozing with love, or seriously steaming. That’s why we have emoji, and they can actually go a long way in sorting things out in all areas of life!

1. With Your S.O.: Difference in communication styles can come to the forefront when it comes to texting, but The Emoji Code, a new book from linguistics professor Vyvyan Evans, shows that emoji can help bridge the gap. While men take things at face value, women tend to read between the lines and get their point across subtly — which, as we know, often does not work. That doesn’t mean you always have to spell it out for him though (where’s the fun in that?). Just remember to throw in a wink if you’re being sarcastic, sweet pink hearts if you need him to do something and are asking in the most loving way possible, or an angry imp when you’re annoyed but he still has time to save things.

2. With Your Friends: Emoji are a friendly gesture, and using them strategically can make you more likable. They are especially handy when you have to cancel plans (which you should really try not to do, but it happens). The rejection of an “I can’t make it tonight” is easier to swallow when it’s coupled with a sad, regretful face that lets your friend know you really wanted to be there. Emoji can also make a passive-aggressive message way less, well, passive or aggressive. “Hey, let me know the next time you finish all the avocados,” may sound like a stab at your roommate, but with an avocado emoji swapped in for the word, it’s suddenly a nice, direct message and no big deal. Who could be mad when cartoon fruit is involved?

3. With Your Colleagues: Surprise, surprise — turns out the fun symbols also reflect competence. Scientists had participants chat with health and film experts online, and in both cases the pros who used emoji were perceived as being more knowledgeable. Similarly, another study revealed that when receiving criticism, employees processed the information better when an emoji was involved. The extra effort softens the blow and creates a sort of kinship. Not long ago, the rule was that you should never use an emoji in a work email or any other professional correspondence, but as digital communication becomes the norm, language is evolving to include emoji as a legit part of our vocabulary. When used in moderation, the images become another tool to make you more effective at work.

4. With Your Followers: Social media is your message board to the world, and emoji are the platforms’ language of choice. Studying the habits of influencers to understand the key to their success, researchers at the University of Cambridge Computer Laboratory found that a common thread is the use of positive emoji. Another group of scientists discovered that the brain recognizes the symbols in the same way as faces, so using an emoji in your captions can make your followers feel closer to you. Plus, it’s the only language that requires no translation, so no matter who is seeing your post, the message comes across loud and clear.

Stephanie Granada
Stephanie Granada is a freelance writer and editor, who splits her time between Colorado, Miami, and NYC. When she's not locked down in research-mode, reporting a travel story on the road, or identifying areas to bolster the Hispanic community, you'll find her playing outside, working out, or hiding out with a book. Happiness to her is hiking up a mountain, swimming in a beach of her native Colombia, powering through a hellish boxing class, or getting lost in a story with a glass of something delicious — preferably whiskey — in-hand.
Emoji
Relationships
Emoji
More From Relationships