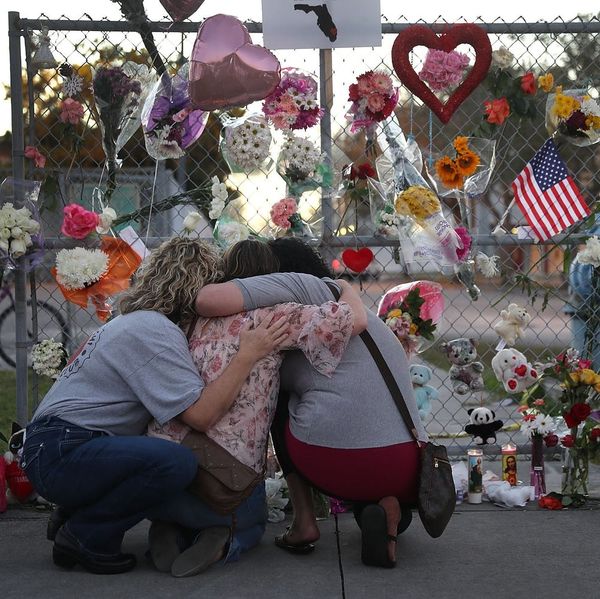 Every time a major school shooting occurs, the debate surrounding gun control ignites. And then, after much hemming and hawing and warnings against “knee-jerk reactions,” very little changes.

After the 2012 shooting at Sandy Hook Elementary left 27 dead, the survivors — preschool students — were too young to speak up for their right to an educational environment free of gun violence. The same cannot be said in the aftermath of the tragic shooting at Marjory Stoneman Douglas High School in Parkland, Florida that last Tuesday left 17 high school students and faculty dead. Some of those students are ready to fight. Together with students and activists from across the country, they’re organizing what they hope will become a turning point in the national gun debate: the March For Our Lives.

The protest, scheduled for March 24, is being spearheaded by the survivors of the Parkdale attack. In a speech that has since garnered international attention, Marjory Stoneman Douglas High School student Emma Gonzalez pleaded at a rally for politicians from either party to join the movement.

Students and anyone else that supports safer gun legislation are invited to march in Washington in a call to government to enact stricter gun control policies.

“Politicians are telling us that now is not the time to talk about guns. March For Our Lives believes the time is now,” the group said in a statement reported by USA Today. “Not one more — we cannot allow one more child to be shot at school.”

Other protest actions are also in the works. Organizers of the Women’s March are planning a national walkout on March 17. They’re asking students, teachers, faculty and parents across the country to walk out of school for 17 minutes at 10am — the one month anniversary of the Florida shooting.

“We need action,” write organizers in a statement. “Students and allies are organizing the national school walkout to demand Congress pass legislation to keep us safe from gun violence at our schools, on our streets and in our homes and places of worship.”

In addition, the Network for Public Education is planning a day of action for April 20th, to mark the 19th anniversary of the shooting at Columbine High School in Colorado.

“Create actions that work best in your community,” write planners from the NPE. “Organize sit-ins, teach-ins, walkouts, marches–whatever you decide will show your school and community’s determination to keep our students safe.”

Will you be participating? Tell us @britandco.