In the Aftermath of Wednesday’s Deadly School Shooting, a Nation Debates Next Steps 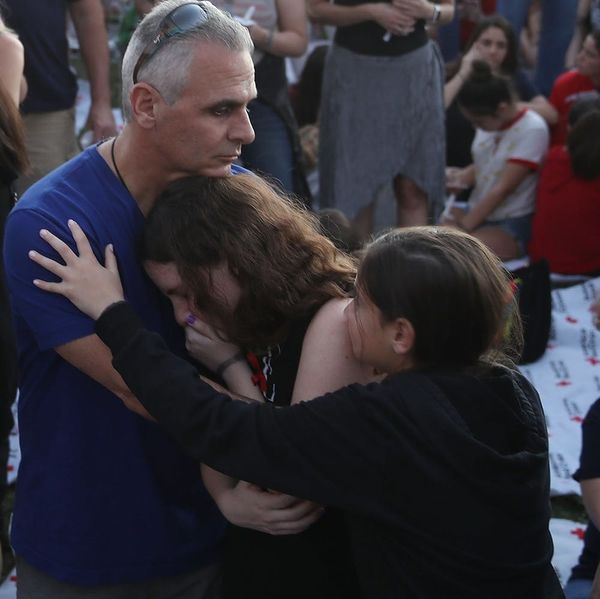 On Wednesday, the nation bore witness to the worst school shooting since Sandy Hook Elementary School in 2012, when 26 children and teachers lost their lives. The attack on Marjory Stoneman Douglas High School in Parkland, Florida left 17 dead and 16 injured. Unfortunately, it was far from the only school shooting in recent years. In fact, by some counts, there were 17 school shootings in the United States in the first 45 days of 2018 alone.

Not surprisingly, the event has dominated the news cycle. Everyone has an opinion on what should — or should not — be done, and those opinions often differ wildly.

To the right of the aisle, Republicans talked down the need for swift action, with House Speaker Paul Ryan warning against a “knee-jerk” political reaction to the shooting. As the Huffington Post points out, the “knee-jerk” line has been well-used by Ryan — it seems he drags it out after every mass gun-related tragedy to justify defending the status quo.

To the left, Sen. Chris Murphy of Connecticut addressed the Senate on Wednesday, pleading with his colleagues to take action.

President Donald Trump read from a prepared statement on Thursday morning, offering the standard thoughts and prayers, and promising to address “the difficult issue of mental health”:

“Our administration is working closely with local authorities to investigate the shooting and learn everything we can. We are committed to working with state and local leaders to help secure our schools and tackle the difficult issue of mental health.

Later this month, I will be meeting with the nation’s governors and attorneys general where making our schools and our children safer will be our top priority. It is not enough to simply take actions that make us feel like we are making a difference, we must actually make that difference.”

Trump did not mention guns except to describe what had happened, and made no mention of gun control.

One reaction from outside the political sphere comes from NBA Golden State Warriors head coach, Steve Kerr. He spoke eloquently after a game Wednesday about the tragic state of affairs that has lead to so many of these horrific events.

In an interview with CNN, 17-year-old Parkland shooting survivor David Hogg made a plea to the country’s leaders to get it together and actually create meaningful change.

“Please!” Said Hogg. “We are children. You guys are, like…the adults. Take action, work together, come over your politics, and get something done.”

Powerful plea from a student who survived the Parkland shooting, David Hogg: “Please! We are children. You guys are, like…the adults. Take action, work together, come over your politics, and get something done.” pic.twitter.com/UcTNungORp

Surprisingly, one of the most on-point commentaries comes from satirical website The Onion, who trots out this headline every time an American school comes under attack:

‘No Way To Prevent This,’ Says Only Nation Where This Regularly Happens https://t.co/AiYGBQLaGW pic.twitter.com/Zr0X8qcDqJ

The mother of one of the victims of the shooting also spoke out in a heart-wrenching speech aimed directly at President Trump. Trigger warning: this is painful to watch.

A mother furiously asks President Trump to “please do something” about guns. She had just made funeral arrangements for her 14-year-old daughter, who was killed in the Florida shooting. https://t.co/T47q80dMoN pic.twitter.com/5HDqgSnUeg

Whether you swing to the left or the right or sit somewhere in the middle, listening to this mother’s pleas makes one thing painfully clear: the status quo is no longer good enough.