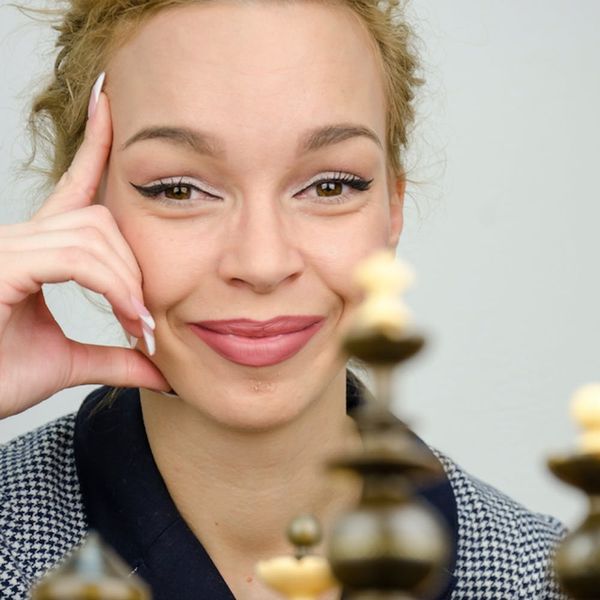 Prepare to have your mind blown: There is a secret game hidden in Facebook Messenger, and all you need is a little know-how to get in on the fun.

If you type “@fbchess play” into the chat window, you’ll be able to challenge your besties to an exciting, invigorating game of digital chess. Checkmate.

There’s a catch: The game has pretty old-school functionality, meaning you have to fully type out commands to make you move. BUT finding out there’s a secret game hidden in Messenger is pretty darn cool… and makes us wonder what other social media Easter eggs are hiding out there.

There’s no clear info on when the secret game appeared, but The Verge tracked down reddit users on /r/chess who first discovered the game last December.

Have you tried the secret FB Messenger chess game? Tweet us @britandco!

Desiree O
Desirée O is a ‘Professional Bohemian’ who loves anything and everything related to the arts, entertainment, and pop culture. She ADORES being a ‘Newsy’ for Brit + Co, covering all of the latest tidbits of awesomeness that you want to read about. When she’s not writing, she’s either making messy art, going on long adventurous walks with her camera, or poking around over at bohemianizm (http://www.bohemianizm.com/). You can find out about Desirée O and her work at http://DesireeO.com/ or follow her on Twitter @DesireeO.
Facebook
Entertainment
Facebook Games