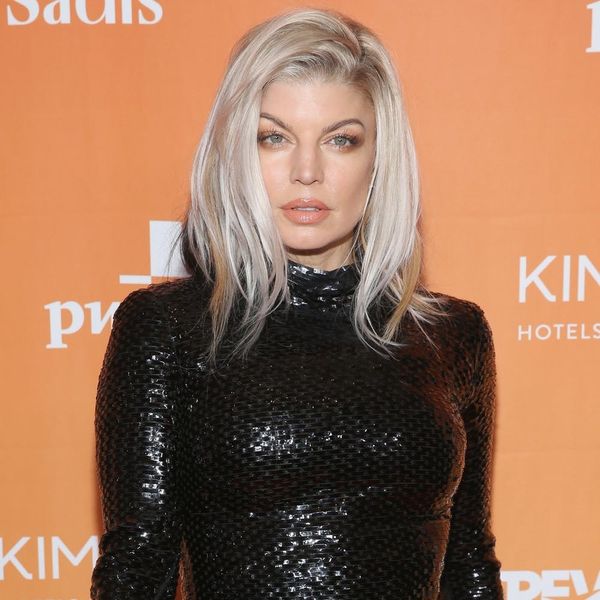 Fergie released her first new solo album in 11 years in September, and during press interviews, she’s had to get a little personal: It was revealed just a week before the album’s release that she had split from her husband of eight years, Josh Duhamel, in February. But a recent interview got personal in a more unexpected way too, as the singer opened up about some of the darkest days of her early-2000s battle with drug addiction.

“At my lowest point, I was [suffering from] chemically induced psychosis and dementia,” Fergie told UK publication iNews. “I was hallucinating on a daily basis. It took a year after getting off that drug for the chemicals in my brain to settle so that I stopped seeing things. I’d just be sitting there, seeing a random bee or bunny.”

In the late ’90s, Fergie developed an addiction to crystal meth while singing with the group Wild Orchid. The “M.I.L.F.$” singer has been candid about her substance abuse in the past, but as she revealed to iNews, it got a lot scarier than many people realize. At one point, she thought the CIA, FBI, and a SWAT team were following her. Eventually, she took refuge in a Catholic church, where her erratic behavior almost got her kicked out.

“I remember thinking: ‘If I walk outside, and the SWAT team’s out there, I was right all along,” Fergie recalled. “But if they’re not out there, then it’s the drugs making me see things and I’m going to end up in an institution. And if it really is the drugs, I don’t want to live my life like this anymore, anyway.’ I walked out of the church; obviously there was no SWAT team; it was just me in a parking lot. It was a freeing moment.”

The singer has come a long way and had a thriving career since her dark days of addiction, but she still looks back at her rock bottom as the moment that turned everything around.

“I thank the day it happened to me,” she admitted. “Because that’s my strength, my faith, my hope for something better.”

(Photo via Phillip Faraone/Getty Images for The Trevor Project)