Fergie and Josh Duhamel Have Separated After 8 Years of Marriage 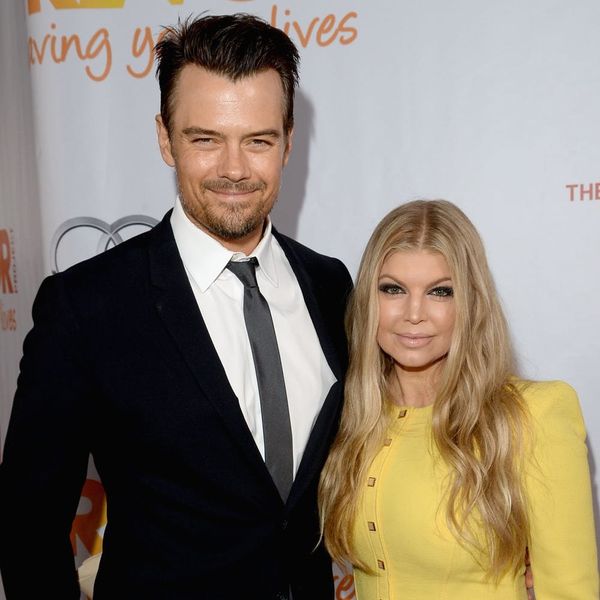 It’s been a rough year for celebrity splits, and it looks like the heartbreak isn’t over yet. Fergie and Josh Duhamel just announced that they’ve separated after eight years of marriage.

“With absolute love and respect, we decided to separate as a couple earlier this year,” they revealed in a joint statement to People. As for why they kept it under wraps until now, the exes, who are parents of four-year-old son Axl, added, “To give our family the best opportunity to adjust, we wanted to keep this a private matter before sharing it with the public. We are and will always be united in our support of each other and our family.”

Celebrating their eight-year anniversary back in January, Fergie and Duhamel seemed happy together as they sent love each other’s way on social media. “8 years!! Love you babe,” the 44-year-old actor captioned an Instagram pic of himself and his wife and son.

The 42-year-old singer in turn posted a shot of herself and Duhamel cozying up before a dreamy sunset, writing, “Happy 8th anniversary to my bae.”

happy 8th anniversary to my bae 💋💋

The pair first started dating in September 2004, after meeting when Fergie and the Black Eyed Peas filmed a cameo for an episode of Duhamel’s show Las Vegas. They married a little more than four years later in January 2009 and welcomed Axl in August 2013.

Are you surprised to hear that Fergie and Josh Duhamel have separated? Let us know @BritandCo!

Desiree O
Desirée O is a ‘Professional Bohemian’ who loves anything and everything related to the arts, entertainment, and pop culture. She ADORES being a ‘Newsy’ for Brit + Co, covering all of the latest tidbits of awesomeness that you want to read about. When she’s not writing, she’s either making messy art, going on long adventurous walks with her camera, or poking around over at bohemianizm (http://www.bohemianizm.com/). You can find out about Desirée O and her work at http://DesireeO.com/ or follow her on Twitter @DesireeO.
Celebrities
Celebrity News
Celebrities Celebrity Couples
More From Celebrity News