Fitbit Got a Sleek New Look 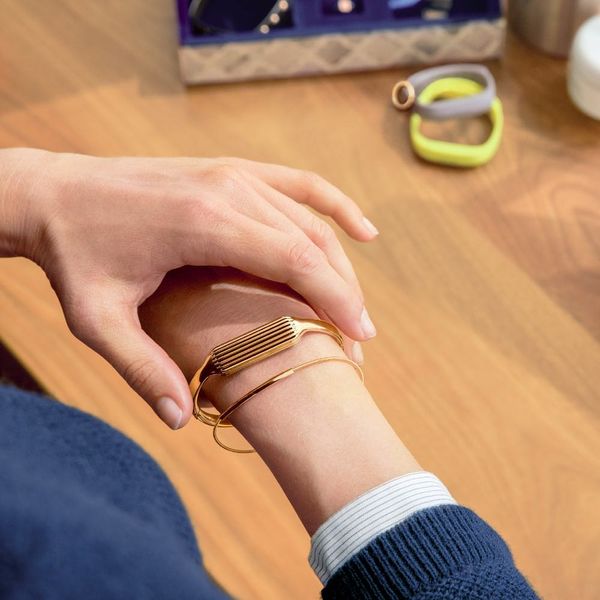 If you’re into your wearable tech (like us), you probably perked up when rumors were swirling about a brand new Fitbit a couple weeks ago. But Fitbit quickly shut down those rumors, saying when they had news we would know officially from them. Well, now is the time we’ve all been waiting for: Fitbit has got some big news.

Two of Fitbit’s best products, the Charge and the Flex, are getting updates. The Charge HR, which has been Fitbit’s most popular offering, will get a larger screen with the Charge 2 ($150). The device will even allow users to switch up their bands, to keep the Fitbit looking appropriate in all different situations, from the office to a run to a night out. The new screen is four times larger than what was on the original Charge. The Charge 2 will also feature a cardio fitness tracker, guided breathing exercises, the ability to switch between different sports directly on the Fitbit and a better connected GPS.

The Fitbit Flex got a major new update, too The new Flex 2 ($100) is virtually unrecognizable as it shifts from metallic pendant necklace to fitness band. It’s designed with active swimmers in mind and is “swimproof” up to 50 meters underwater. You’ll be able to wear it in the pool, the ocean or even just the shower. It has a simpler interface than the Charge 2, but that doesn’t mean that it’s any less advanced. The Flex 2 works with small LED color-coded lights to inform users if they’re meeting their goals. It will also send (via text or email) notifications and reminders to get up and move. But one of the things we’re most excited about with the Flex 2 is the designer collabs: Fitbit has teamed up with Tory Burch, PUBLIC SCHOOL and Simply Vera to design accessories that will be out in 2017.

Two more of Fitbit’s offerings, the Alta and Blaze, are also getting the designer treatment. For those that want their fitness trackers with a bit more style, the Special Edition Gold Series will amp up your fitness game. The two devices, the thin Alta and the Apple Watch-reminiscent Blaze, will come in a variety of finishes and bands, but all the options look super luxe.

With the new devices, Fitbit also announced a new feature: Fitbit Adventures. Adventures will encourage users to get out and get active by making exercise a virtual travel excursion. Adventurous users will be able to virtually hike through Yosemite or run the NYC marathon just by logging their steps. When they reach a certain accomplishment, they will be able to view different panorama photographs taken around the world.

But you shouldn’t need too much motivation to get fit when there’s a thing on your wrist that looks this cool. We’re wondering if running to pick up the new Fitbit counts as exercise…

What do you think of the new Fitbits? Let us know @BritandCo!

Cailey Rizzo
Cailey is a junkie for all things pop culture. She studied journalism and English literature at SUNY Purchase, then continued studying French cinema and literature at Paris IV Sorbonne. She currently lives in New York where she can often be found singing '70s music at karaoke bars.
Tech News
Tech
Tech News Wearable Tech