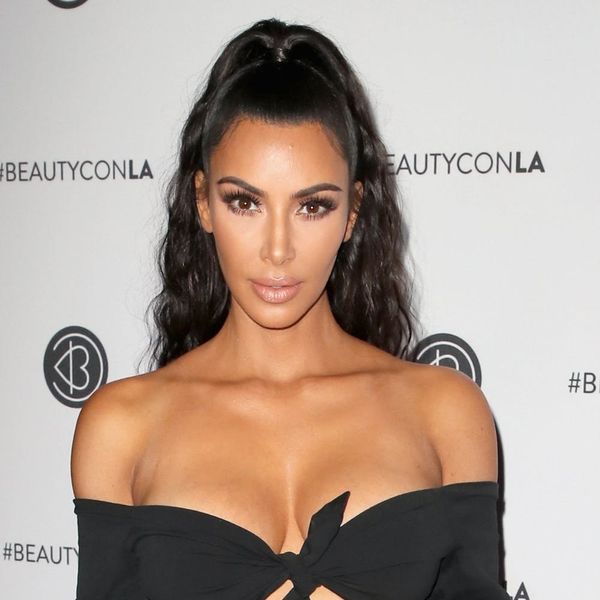 Earlier this summer, reality star Kim Kardashian West faced a massive backlash for her endorsement of lollipops marketed as appetite suppressants from the company Flat Tummy Co. While the KKW Beauty boss has always insisted that she believes in self esteem and the love of all body types, her supposed use of stomach-flattening candies had people angry — and understandably so, because it sends a different message than the one she purports to believe, and to an audience that includes many young women and girls.

While there’s scant evidence that the products touted by Flat Tummy Co. actually lead to the body-transforming effects they’re marketed to (and, in fact, there is evidence that some of their products’ active ingredients do absolutely nothing), the company’s presence on social media won’t be going away anytime soon.

According to a recent article in The Guardian, Flat Tummy Co. has been able to game Instagram’s advertising model by simply not paying the platform for sponsored posts and instead paying influencers with large followings. These include people like Kim Kardashian West as well as sisters Khloé, Kylie, Kourtney, and mom Kris. Instagram, like its parent company Facebook, has strict guidelines about which kinds of products can be featured on sponsored posts, and Flat Tummy Co.’s offerings don’t fit the criteria. By relying on high-profile brand ambassadors, they’ve found a loophole to promote their brand while staying within Facebook and Instagram’s rules barring any paid-for posts that may promote diet and weight loss.

The company insists that their message isn’t about weight loss — at least, not necessarily.

“Our brand is all about helping women look and feel like the best versions of themselves and our mission statement is to empower women to lead a healthier lifestyle,” Valentina Barron, a spokesperson for the company, told The Guardian. But for the company’s biggest ambassadors, that message definitely does include flat tummies and weight-loss inspiration.

In a now-deleted post back in May, Kardashian West posted about the Flat Tummy Co’s lollipops, captioning the post, “You guys… @flattummyco just dropped a new product. They’re Appetite Suppressant Lollipops and they’re literally unreal. They’re giving the first 500 people on their website 15% OFF so if you want to get your hands on some… you need to do it quick! #suckit.” She never clearly expressed that the post was paid for by the company.

The Good Place star Jameela Jamil was quick to call the star out, tweeting, “You terrible and toxic influence on young girls. I admire their mother’s branding capabilities, she is an exploitative but innovative genius, however this family makes me feel actual despair over what women are reduced to.”

Shortly after the Kardashian West backlash, giant billboards promoting the tummy-flattening candies popped up in New York’s Times Square, and a petition was started by model Tess Holliday demanding that the billboards be removed due to the message they send.

“Telling young women and girls to ignore or suppress their hunger is dangerous,” the petition explains. “Join the campaign calling for Flat Tummy Co. to take their billboard down immediately.”

For now, Flat Tummy Co. has remained mostly silent on the backlash. (The company didn’t respond to Brit + Co‘s request for comment surrounding the claims made in TheGuardian about their products’ efficacy, their Instagram advertising strategy, and their apparent choice to partner with Instagrammers with large followings of young women and underage girls.) It’s safe to guess we can expect to continue seeing their products on our timelines — whether or not we follow them.

Kat Armstrong
Kat has been a writer, social media maven and mom for longer than she's willing to admit. She's also spent time in front of and behind the camera, interviewing celebs, politicians and acting as a producer for fashion and artistic photography shoots. When she isn't writing for various orgs and publications, she's hanging with her kids, husband and French Bulldog, Peter, in Toronto, Canada.
Controversy
Current Events
Controversy Diet Instagram Kardashians Tech News Womens Health
More From Current Events