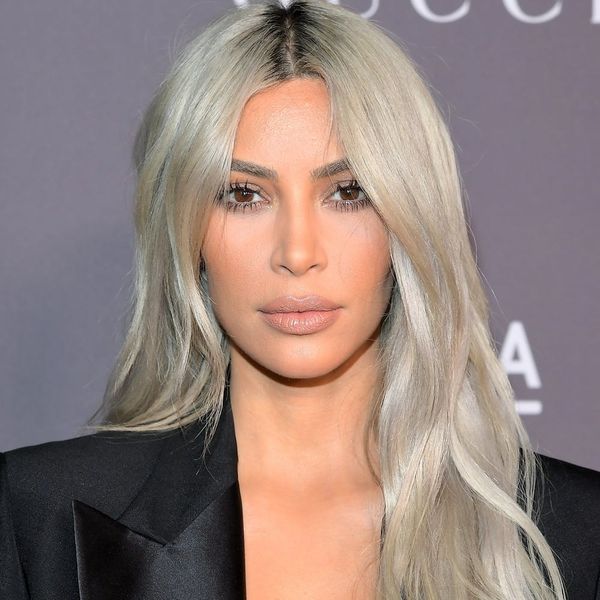 Kim Kardashian West took to her Instagram stories Monday to document a charity event that she and her sisters, Khloé and Kendall, were attending. As they were hanging out, the conversation quickly turned to talk of Kim’s body. Kendall voiced concern over Kim’s weight, saying, “I don’t think you’re eating, you look so skinny.” Khloé then chimed in to mention that Kim’s waist was “anorexic.” Rather than take offense to her sister’s unsolicited comments on her body, she appeared delighted. “Oh my god, thank you!” replied Kardashian West. Now, the famous mogul is under scrutiny for glorifying a dangerous illness.

The Kardashians at the @cityofhope charity fundraiser today!

While the videos have been deleted from Kardashian West’s account, they have been re-posted to several other fan accounts that have been critical of the dialogue between the sisters. An estimated 30 million Americans are struggling with an eating disorder, according to the National Eating Disorders Association.

Kardashian West has previously been super vocal about body positivity and the importance of self-esteem, but her obsession with thinness, exacerbated by constant diet talk and her recent promotion of “flat tummy” lollipops that serve as an “appetite suppressant,” muddles that message. Whether or not she means to, Kardashian West implies that in order to be happy with your body, you must suppress yourself and use weight-loss products.


If Kim Kardashian West believes that she is leading a happy and healthy life, more power to her. We shouldn’t assume anything about her health or how she got to current size or shape. It is literally none of our business, and frankly, this is important to point out. The conversation Khloe and Kendall started with their sister was damaging for many different reasons. For one, telling Kardashian West she’s “anorexic” was terrible and toxic; it is wildly inappropriate to ever comment on someone else’s body, even a family member.


It might be worth reminding all three sisters of an essay Kardashian West published on her website in 2016. In it, she wrote, “As North gets older, she’ll start to be more aware of herself and her body. Her attitude toward her body is directly related to my own, so it’s my responsibility to make sure she understands that positive body image comes from having a healthy self-esteem.”

Amanda Scriver
Amanda Scriver is a passionate storyteller and body image advocate based out of Toronto, Canada. When she isn't writing for various publications, she finds time to Keep Up With The Kardashians while partaking in life's greatest pleasure: the chip buffet. Don't ask her what her favorite restaurant is, it's complicated
Controversy
Body Positivity
Controversy Kardashians
More From Body Positivity