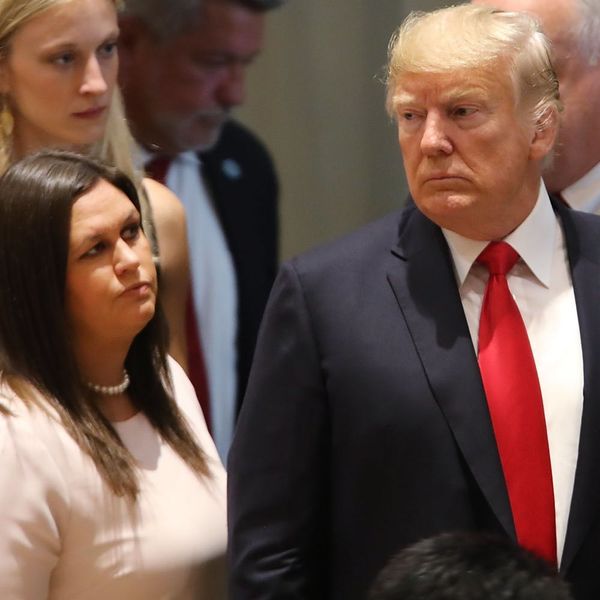 Less than 24 hours after CNN announced it would be suing President Donald Trump (and White House aides) for taking away the press credentials of their reporter Jim Acosta, Fox News is supporting their efforts.

In a statement tweeted by Yahoo News managing editor Colin Campbell, Fox News President Jay Wallace said: “FOX News supports CNN in its legal effort to regain its White House reporter’s press credential. We intend to file an amicus brief with the U.S. District Court. Secret Service passes for working White House journalists should never be weaponized. While we don’t condone the growing antagonistic tone by both the President and the press at recent media avails, we do support a free press, access and open exchanges for the American people.”

An amicus brief, according to Cornell Law School, refers to a court petition filed by a person or group who is not associated with the plaintiff but wishes to influence the court to rule in the plaintiff’s favor.

Just read through the Trump administration's new filing in the CNN lawsuit. Notably, in their 28-page memo to the court, they never accuse Jim @Acosta of "placing his hands on a young woman," like @PressSec claimed last week. Why not? For one, you can't lie to a federal judge.

The move by Fox News to support its competitor is quite surprising in light of President Trump’s demonstrated favoritism of the cable news network. The president has yet to tweet about Fox’s support of CNN.

The lawsuit by CNN against Trump states that by taking away Acosta’s press credentials, the White House is violating Acosta’s and his employer’s First and Fifth Amendment rights. Also named in the suit are White House Chief of Staff John Kelly, Press Secretary Sarah Sanders, Deputy Chief of Staff for Communications Bill Shine, Secret Service Director Randolph Alles, and the Secret Service officer who took away Acosta’s “hard pass,” which gives him access to the White House and press conferences. Judge Timothy J. Kelly, a Trump appointee, will be presiding over the lawsuit.

The US Secret Service just asked for my credential to enter the WH. As I told the officer, I don’t blame him. I know he’s just doing his job. (Sorry this video is not rightside up) pic.twitter.com/juQeuj3B9R

The CNN suit, issued on Tuesday, was prompted by an exchange that took place between Acosta and the president during a November 7 White House press conference. There, Acosta questioned Trump about the refugee caravan that is on its way toward the US-Mexico border, asking him if he “demonized immigrants” by claiming the caravan is an “invasion.”

Trump did not take that question lightly and told the reporter: “CNN should be ashamed of itself having you working for them. You are a rude, terrible person. You shouldn’t be working for CNN. You’re a very rude person. The way you treat Sarah Huckabee is horrible. And the way you treat other people are horrible. You shouldn’t treat people that way.”

Journalists have a First Amendment right to ask questions and seek answers on behalf of the American people. RCFP joins @whca and denouncing the revocation of @acosta's access credentials. https://t.co/yA25loTmOe pic.twitter.com/Sf5ewVS74Y

A White House intern tried to take the mic away from Acosta, but he interjected by saying to her, “Pardon me, ma’am.” The video of this exchange has gone viral because Sanders tweeted a sped-up version that makes Acosta appear forceful against the intern, which was the White House’s reasoning for taking away his credentials. However, experts such as the Tow Center for Digital Journalism director Jonathan Albright have weighed in to say that the video was doctored to make Acosta’s gesture appear “more aggressive than it was.”